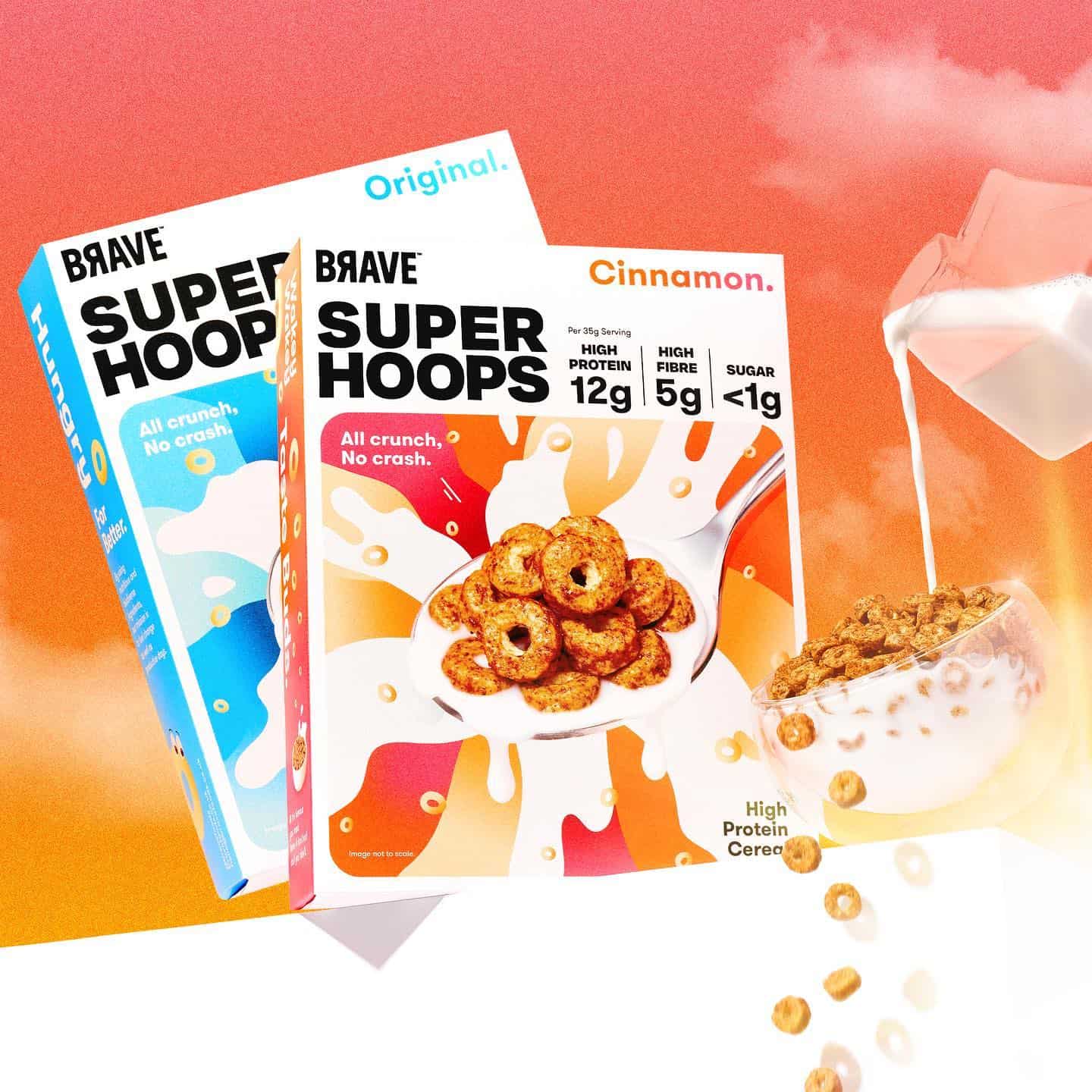 UK plant-based snack brand BRAVE has introduced a grain-free, sugar-free breakfast cereal made from peas and chickpeas. Called Super Hoops, the product is higher in protein and fibre and lower in carbohydrates than most conventional cereals.

The cereal also complies with the UK’s HFSS (High in Fat, Sugar, and Salt) regulations, which are set to come into force this October and will restrict the marketing of foods deemed to be less healthy. Super Hoops will initially be available in Original and Cinnamon flavours.

According to Brave, the new cereal is not just healthier but also more sustainable than conventional grain-based options, as pulses require less water to grow and have a regenerative effect on the soil. The brand’s existing products are all made from pulses, including crunchy peas and chickpeas in a range of flavours — from Barbecue to Dark Chocolate.

“18 months ago, we set out to achieve a hugely ambitious goal: to make a truly good for you, ridiculously delicious and considerably more sustainable cereal,” said BRAVE co-founder Amber Fraser. “We wanted to build the cereal of the future that’s targeted at the mainstream — which took time, a huge amount of perseverance, and over 100 different trials. The outcome is something pretty incredible and I’m immensely proud to introduce Super Hoops to the world.”