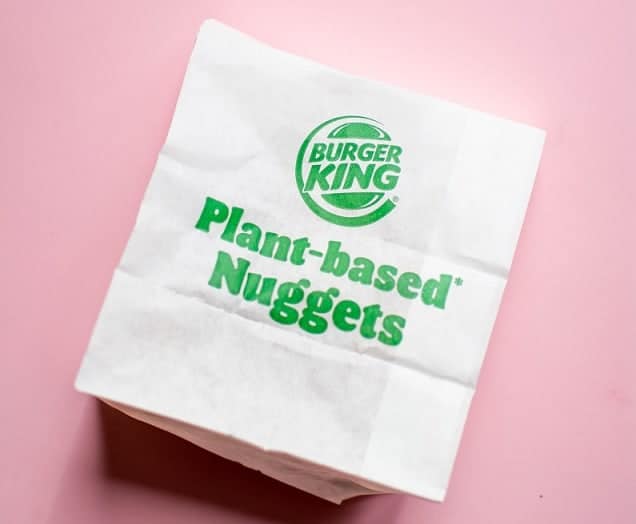 From next Monday, Burger King outlets in Des Moines, Iowa, Boston and Miami will be offering Impossible Foods’ chicken nuggets, meaning that both the Impossible Burger and the Impossible Nuggets are supplied to BK. Will Beyond Meat now reciprocate by supplying its nuggets to McDonald’s as well as its patties?

Impossible Foods first launched its plant-based chicken nuggets this July, two weeks after Beyond Meat did the same, declaring its intention to disrupt poultry. The Impossible nuggets arrived in retail and food service in September while the Beyond tenders hit food service in July and retail in September.

As we reported in February, Beyond Meat announced a three-year worldwide strategic agreement with McDonald’s, meaning that Beyond will be the McDonald’s supplier for the McPlant burger as well as future plant-based products to include vegan chicken, pork and egg products. At the same time, Ethan Brown revealed a partnership with Yum! Brands, which owns KFC, Taco Bell and Pizza Hut in a similar manner, in an agreement to be the preferred supplier for the chains’ plant-based offerings.

Impossible Foods, keen to mirror and keep up with its peer, has been working with Restaurant Brands International for two years as supplier of plant-based patties for the Impossible Whopper, called the Rebel Whopper in some European markets. Impossible also supplies its patties to Johnny Rockets, Halal Shack, and White Castle amongst other fast-food chains.