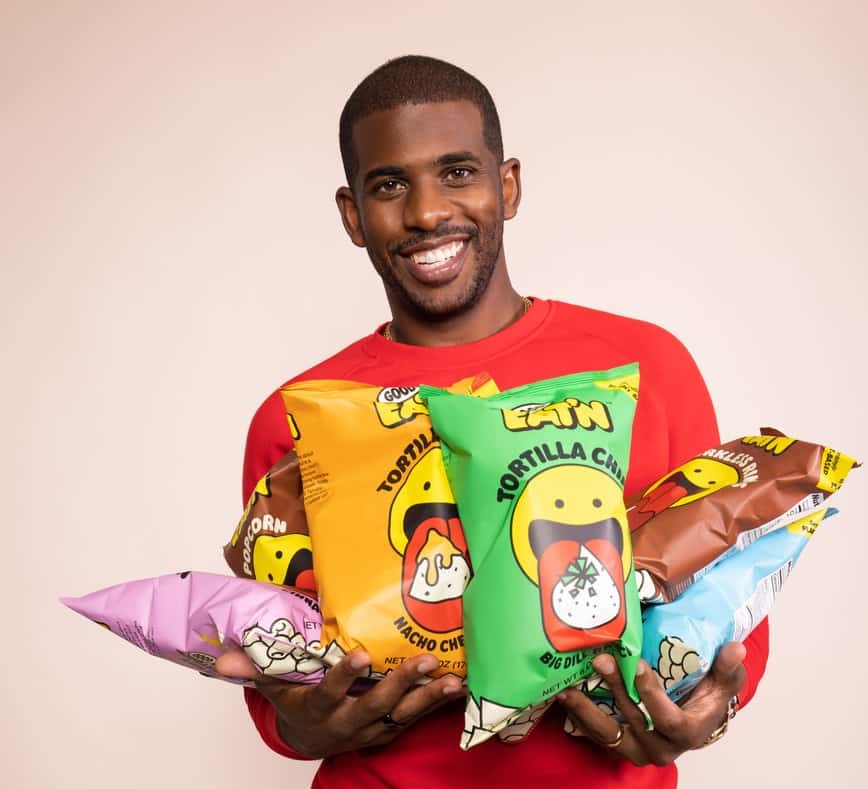 Co-created by Paul and Gopuff, the line aims to transform the snack aisle by providing a unique selection of “surprisingly” vegan snacks made to appeal to everyone. Available via the Gopuff app, Good Eat’n features the following products and flavors:

“As someone with a plant-based diet who loves flavorful foods, I know first-hand that it can be difficult to find delicious and approachable plant-based alternatives to your favorite snacks,” said Paul. “I’m thrilled to announce this new brand with Gopuff that makes plant-based snacks easily available with flavors that appeal to the masses.”

Paul has also invested in Umaro Foods, which makes realistic bacon from seaweed. Co-founder and CEO Beth Zotter reveals her company connected with Paul through a chance encounter with his agent, and the athlete became the first person outside Umaro to try the product.

Umaro has raised at least $4M from other investors, including Shark Tank’s Mark Cuban, and launched into US food service in June.

On Sept. 16th, Umaro will feature in a new bacon-egg-and-cheese sandwich in New York City bodegas, through a partnership with Plantega. The brand is also expanding into several new restaurants, including LA’s Geaux Plant-Based, which will celebrate the Chris Paul partnership with two new dishes: CP3 BLT and Chopped Spinach Salad with Umaro Bacon.

Paul, who went vegan in 2019, and is an outspoken advocate for the benefits of a healthy plant-based lifestyle.“Umaro Foods is a revolutionary brand offering a delicious and healthy plant-based meat alternative to crispy bacon,” shared Paul. “I’m excited to partner with them to help further accelerate their growth, success and social impact.”