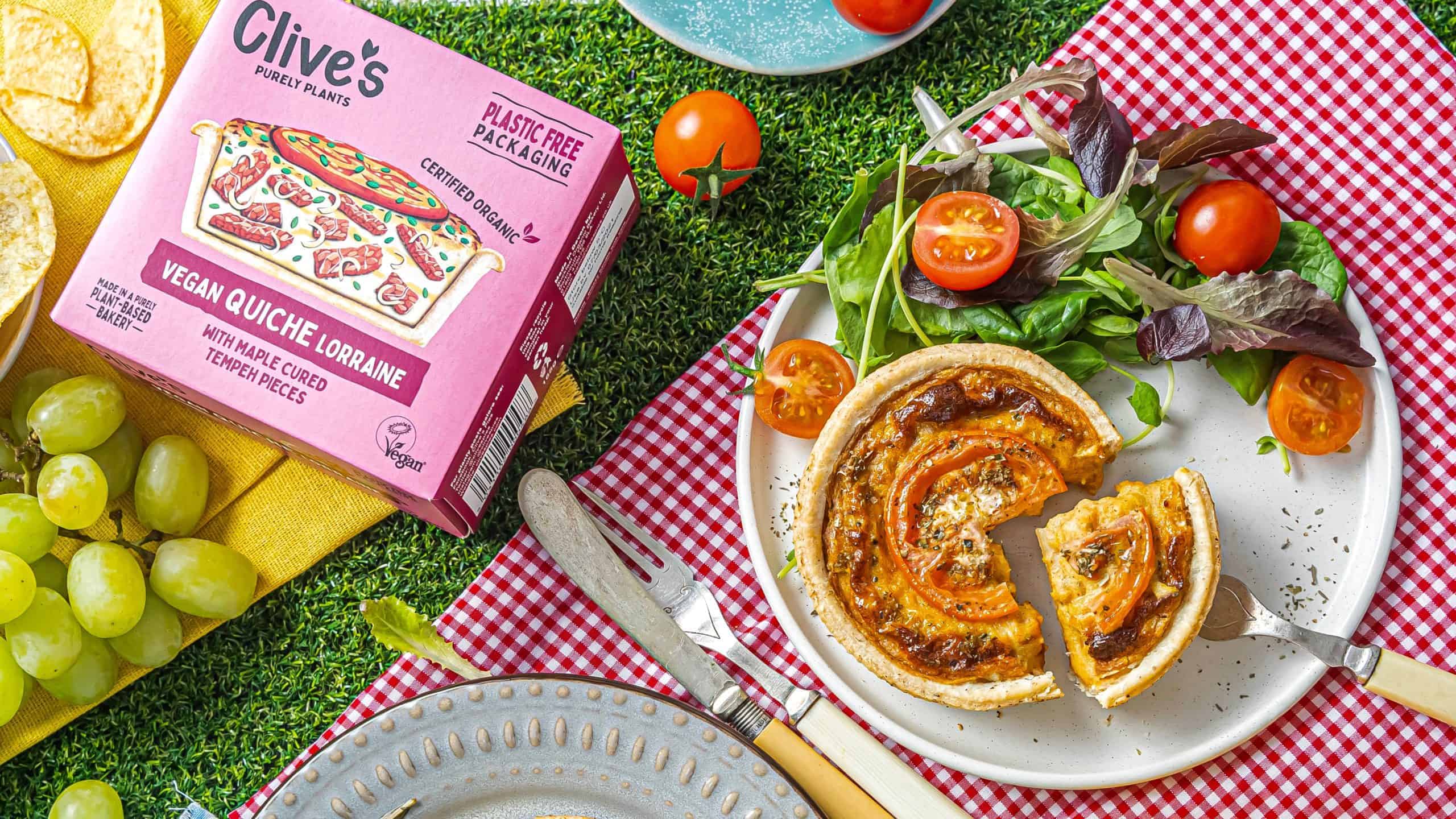 To make the quiches, the company uses its signature egg replacement made from okara, a byproduct of soy milk production. Kala namak, a type of salt with a sulphurous taste, is used to give the quiche an eggy flavour.

The company believes its vegan Quiche Lorraine is the first on the market anywhere in the world. Traditionally, the quiche contains bacon, but instead the company has used locally-made tempeh marinated with smoked paprika and maple syrup.

Last year, Clive’s announced it had become fully vegan, having previously been a vegetarian brand since it was founded in the 1970s. All its products are 100% organic and plastic-free.

A recent survey found that there is huge consumer demand for more plant-based pies and pastries. British brands are already beginning to take notice, with companies such as Pukka Pies, Ginsters, and Greggs launching highly successful vegan options over the past couple of years.

“Clive’s have been at the forefront of plant-based innovation for 30 years and we are delighted to be leading the way once again with these vegan quiches,” said Esther Pearson, Managing Director at Clive’s Purely Plants. “Our clever Clive’s team have perfected the recipes and we are very proud of the results.”