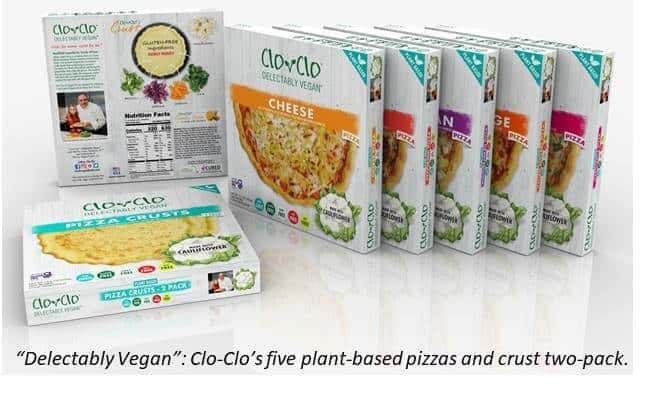 Cheese is big hurdle for many trying to reduce or eliminate animal products from their diet. As well as the horrific lives that dairy animals endure, cheese is the third-largest food contributor to climate change: a pound of cheese requires ten pounds of milk to produce and creates 30 pounds of CO2.

Clo-Clo Vegan Foods is a rebrand from Chloe Vegan Foods, which launched this year in the USA with a line of plant-based and non-GMO pizzas. It was created because co-founder Wendy Hinnenkamp discovered that her daughter Chloe suffered from Eosinophilic Oesophagitis, a chronic allergic inflammatory disease of the oesophagus that is triggered mainly by food proteins. Eliminating allergens like milk, wheat, soy, egg, nuts, and fish from the diet is an effective treatment for the majority of sufferers.

Clo-Clo’s five pizza selection consists of Cheese, Meatless Italian Sausage, Meatless Pepperoni, Margherita, Mediterranean and a Pizza Crust Two-Pack, which are available at Sprouts Farmers Markets stores across the US.

Note – all the pizzas are vegan but the two meat alternatives, contain either pea protein or beans, which can trigger some allergies.