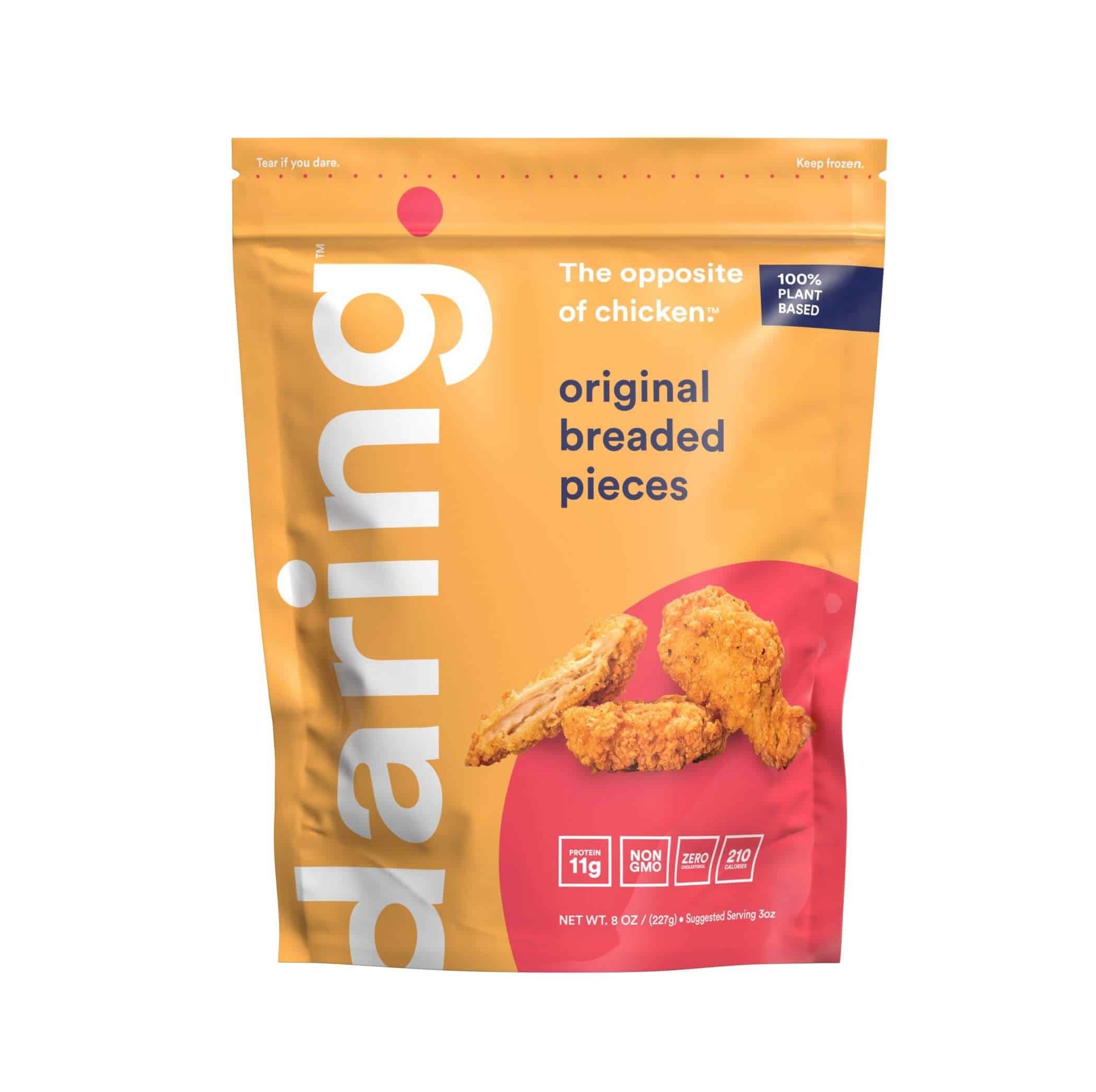 Clean plant-based chicken brand Daring has launched two of its products — Original Pieces and Original Breaded Pieces — at select Whole Foods stores across the US.

The news comes after Daring raised $40 million in funding this May, with investors including the rapper Drake. At the time of the raise, it had only been 18 months since the brand launched its first products and a year since it entered the US.

Daring’s plant-based chicken is already available at over 1000 locations across the US, including Kroger, Wegmans, Sprouts Farmers Market, and Bristol Farms. The brand says it also has more launches planned. In an interview with vegconomist last October, it said its mission was to “remove chicken as a form of animal protein in our food system”.

In what has been labelled the “chicken wars”, launches of plant-based chicken are skyrocketing. In July, Impossible Foods launched plant-based nuggets just two weeks after Beyond Meat did the same thing. Later that week, Field Roast launched vegan nuggets at Costco.

At the same time, the price of conventional chicken is soaring. As part of a new marketing campaign, plant-based meat company Alpha Foods has labelled this “chickenflation”. It has announced that every time the price of chicken increases, it will reduce the price of its chick’n nuggets by the same amount.

With its Whole Foods launch, Daring is the latest company to join in.

“Entering such an iconic retailer that is known for its healthy, high-quality products is a major milestone for Daring,” said Justin Neal, Head of Retail at Daring. “Whole Foods Market is the pinnacle of better-for-you products and they have been a huge proponent of the plant-based food category. We’re thrilled that Daring will now be available to their loyal customers.”