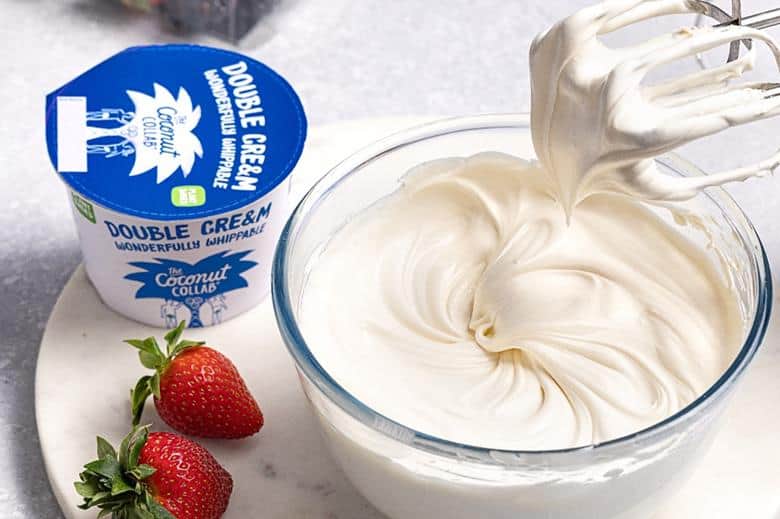 UK alt-dairy brand The Coconut Collaborative has launched a plant-based alternative to double cream. Described as “wonderfully whippable”, the cream will be offered as the dairy-free option at the 2022 Wimbledon Championships.

According to The Coconut Collaborative, the Double Cre&m is heat-stable and free of gluten, soy, and palm oil. It is now available at Tesco, Sainsbury’s, and Ocado, along with wholesaler Brakes.

“Being chosen as a cream option for the Wimbledon Championships really shows that plant-based is becoming ever more mainstream,” James Averdieck, founder and MD of The Coconut Collaborative, told The Grocer. “We’re hugely proud to have been chosen as a supplier for one of the biggest sporting events of the summer.”

In 2020, The Coconut Collaborative raised $7 million in its Series A round. The company said it would use the funding to expand within the US, after initially launching in the country in 2018.

Earlier this year, the company rebranded to Bon Dévil in America, aiming to disrupt the desserts market with its “devilishly un-guilty” products. Under the new name, the brand recently launched a range of premium ganache dessert cups across major retailers including Wegmans, Fresh Thyme, Meijer, and The Fresh Market.

“We are committed to spreading plant-based moments of joy to America with a collaborative essence and good intentions, something that is very much needed today and will be needed tomorrow,” said Meiky Tollman, CEO of the Coconut Collaborative.