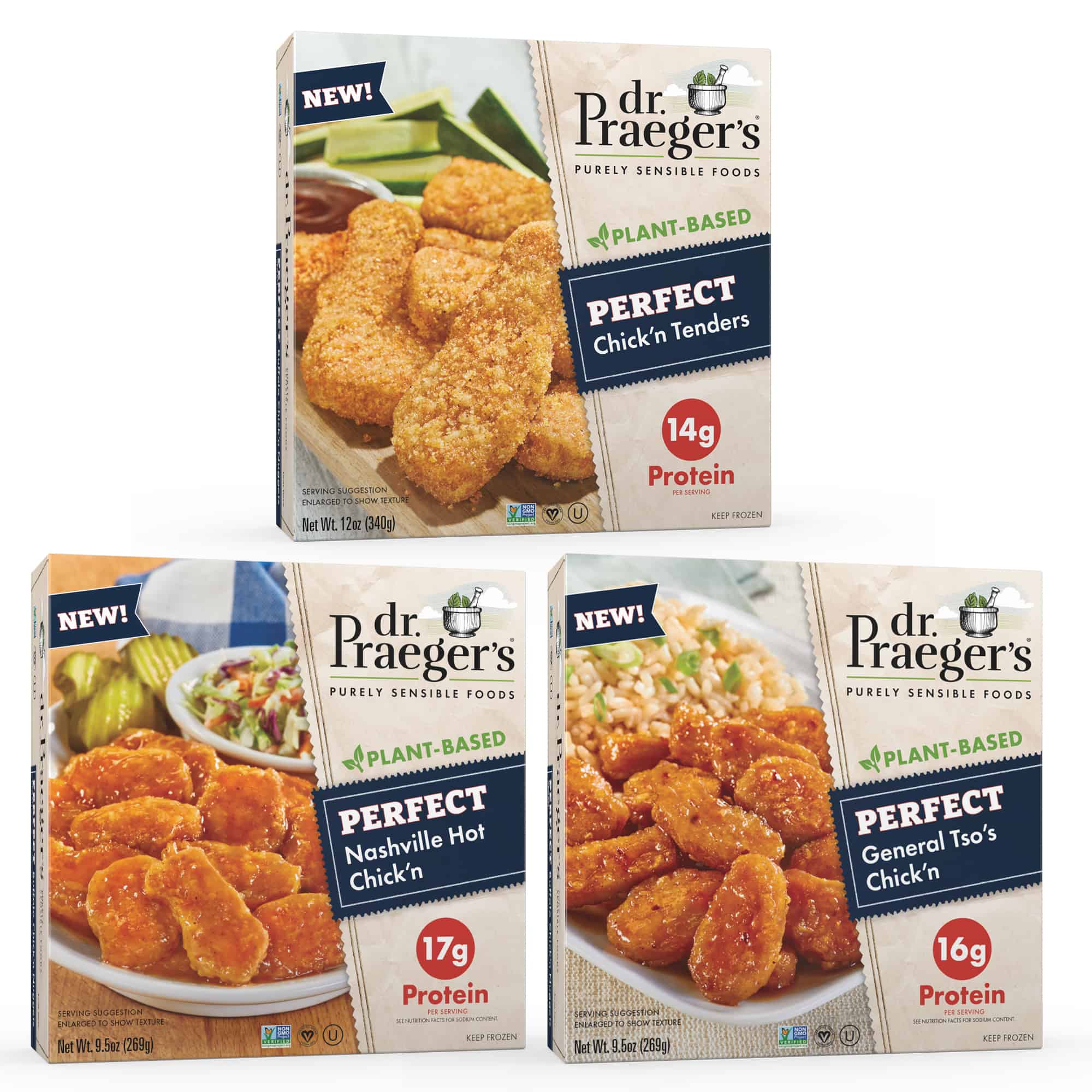 According to Dr. Praeger’s, the new products provide high-quality taste and nutrition with up to 17 grams of non-GMO protein per serving. The range includes:

In July, the company appointed CPG veteran Andy Reichgut as its new CEO. Before joining Dr. Praeger’s, Reichgut had most recently served as General Manager for Violife cheese, a subsidiary of plant-based giant Upfield. Last month, Dr. Praeger’s opened new headquarters in Saddlebrook, NJ to accommodate the growth of its business.

The new Perfect products are launching nationwide across the US at Publix, Shoprite, Giant Company, Meijer, Wegmans, and other retailers.

“We are excited to expand our chick’n offerings with three new products we know our consumers will love,” said Ken Krasnow, EVP & Chief Marketing Officer, Dr. Praeger’s Sensible Foods. “These new SKUs provide the perfect combination of great taste, health, and variety that Dr. Praeger’s is known for.”