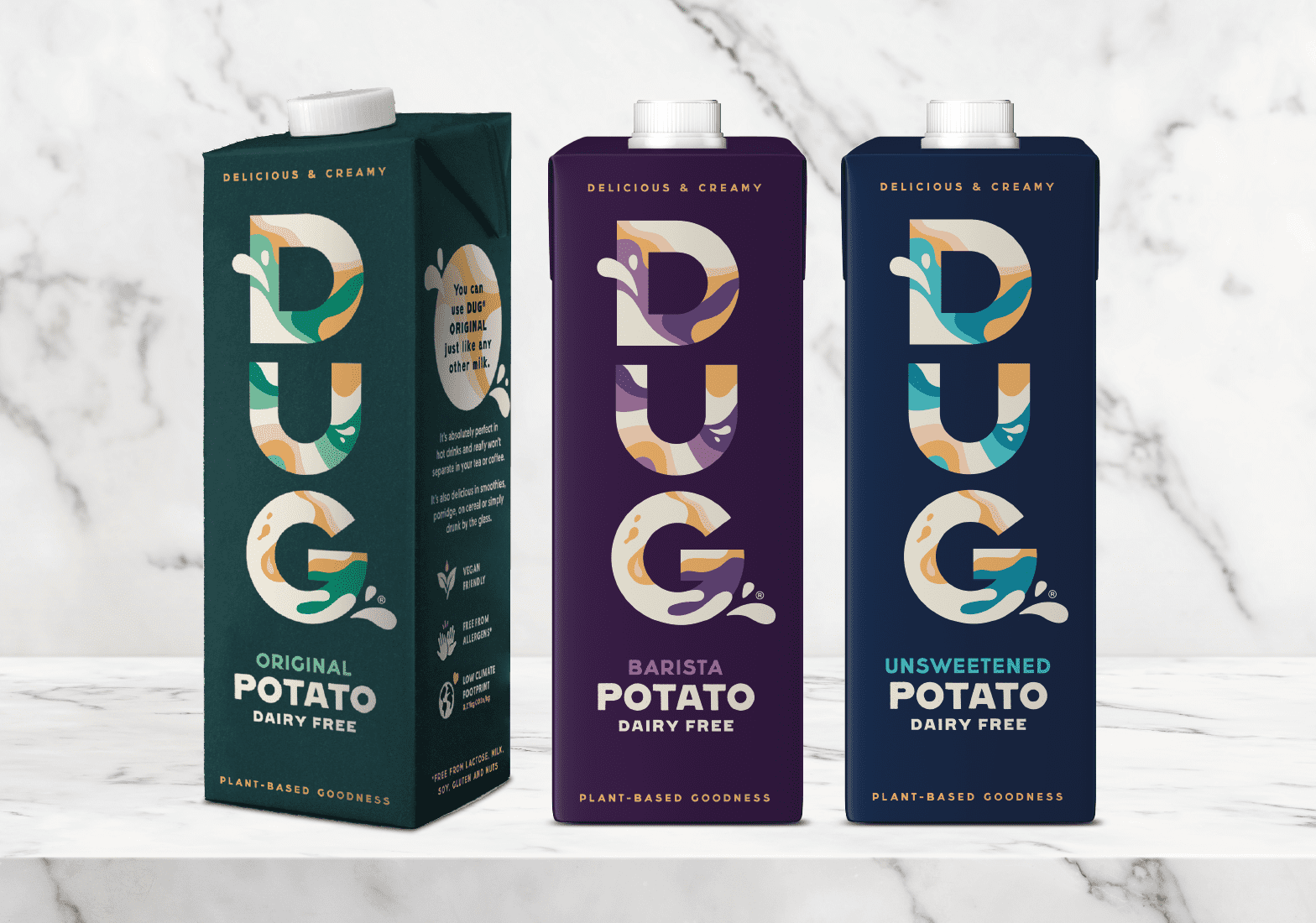 DUG’s potato milk has launched at 280 Waitrose stores in the UK. It comes just a month after the Swedish brand, owned by Veg of Lund, became available via online supermarket Ocado. Additionally, the potato milks have now rolled out into the convenience and wholesale sector through an agreement with Bestway.

DUG is made from a blend of potatoes, rapeseed oil, water, vitamins, and additives such as chicory fibre and pea protein. The potato milk is said to foam perfectly, and to have a neutral taste that makes it ideal as a replacement for cows’ milk.

In Waitrose’s 2021-22 Food & Drink report, the supermarket described potato milk as a trend to watch due to its low sugar and saturated fat content. The chain said its plant-based milk sales rose by almost a fifth last year compared to 2019, with oat milk currently dominating the market.

Potato-based dairy alternatives are still a new area — DUG is currently the only potato milk brand on the market in the UK, though other companies have used potatoes to make creamy sauces and dips. The product’s novelty is paying off, with DUG’s sales rising by 49.9% to £146.8 million last year.

As well as Waitrose and Ocado, DUG’s potato milk is now listed on Amazon UK and The Vegan Kind. Additionally, the brand is available for foodservice and is being widely used in recipes such as bechamel sauce, carbonaras, and curry sauces.

“DUG is in use in the production of a number of recently launched vegan ready meals, and several major manufacturers are at the point of including DUG in their recipes as they respond to the ever more demanding NPD briefs of grocery retailers,” said Veg of Lund UK sales manager Graham Stonadge.