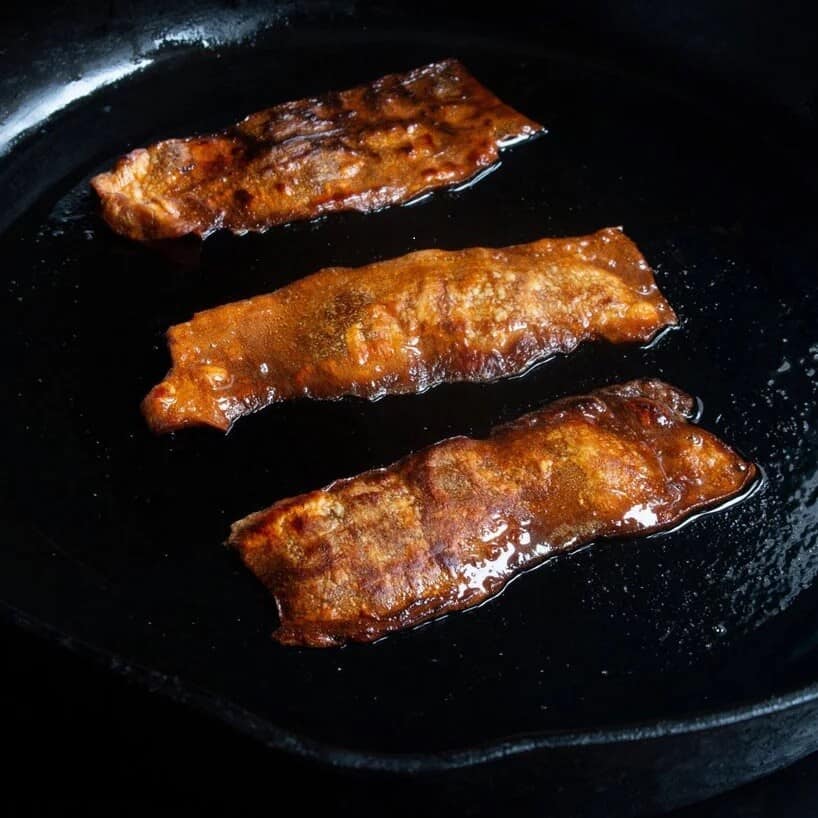 The startup Atlast Food Co, a spinoff of Ecovative, has announced it will be launching its mushroom-based bacon alternative this month. The bacon is made from mycelium, the part of the fungus which is below the ground.

Already, Ecovative has used mycelium to produce eco-friendly packaging, vegan leather, and more. But its application as a meat alternative is particularly exciting because it can realistically mimic whole joints of meat — something most currently available meat alternatives fail to do.

Unlike many meat substitutes, the bacon is made with just six ingredients. To produce it, mycelium slabs are sliced, infused with seasonings, cooked, covered in coconut fat, and then packaged.

The mycelium bacon has been two years in the making, requiring millions of dollars in investment. Earlier this year, Ecovative raised $7M in seed funding from investors such as Stonyfield Farm’s Gary Hirshberg and Orgain’s Andrew Abraham.

The company says it is signing up B2B partnerships, and also developing a mushroom growing facility ten times larger than its current one to meet increasing demand.

To begin with, the mushroom bacon will be available at the Honest Weight Food Co-op in Albany, with a 6oz package retailing for $5.99. Next year, Ecovative plans to expand to several more stores in the Northeast.

“If plant-based meats are really going to be a thing, you can’t just make ground sausages and ground burgers. You have to make whole cuts of meat,” Ecovative founder Eben Bayer told Albany Business Review. “So by making a whole-cut bacon, we’re showing we can service all these different sectors.”