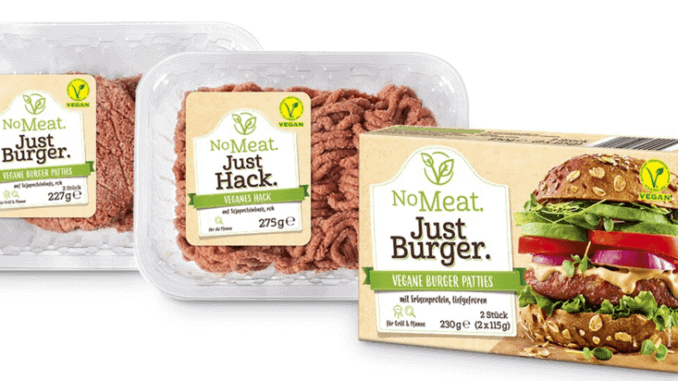 According to the press release, the new line will not only convince vegetarians and vegans, but also makes real meat lovers happy, because the products from “No Meat. Just” can hardly be distinguished from the original meat.

“Whether as a patty for burger fans or as a mince for flexible all-rounders, the fibrous texture made of vegetable proteins provides the meaty look, while herbs and spices ensure unadulterated meat enjoyment with a bite. But instead of using animal ingredients, No Meat. Just relies on vegetable ingredients alone and thus not only ensures a clear conscience when eating, but also protein-rich veggie power.”

The products from No Meat. Just will be available from March at EDEKA.