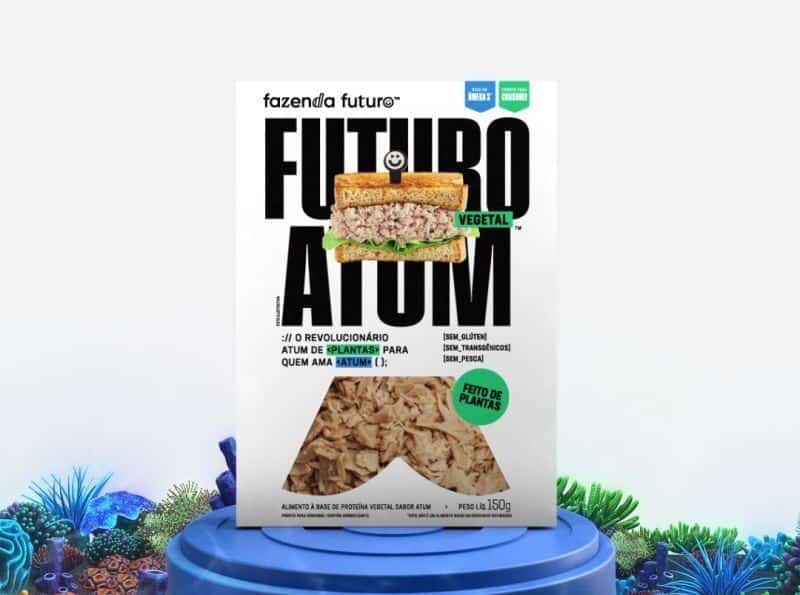 Brazilian alt-meat brand Fazenda Futuro has announced the launch of its latest product, a tuna alternative. It is the first time the company has offered plant-based seafood.

The product will be sold canned, and it will be placed next to the conventional tuna at supermarkets. Unlike some plant-based fish alternatives, it has been fortified with algae oil to make it a good source of omega 3 fatty acids.

The tuna is high in protein and free of harmful substances such as heavy metals, which are common in conventional fish. It also doesn’t require preservatives due to the vacuum technology used to package it.

After starting out in Brazil just two years ago, Fazenda Futuro has been rapidly expanding worldwide under the name Future Farm. This summer, it hired the former Head of Red Bull as its CEO in the USA. Earlier this year, it launched in the UK, as well as developing a new technology to improve its products. In an interview, the company told vegconomist it aims to “make meatpackers obsolete”.

Meanwhile, Future Farm is outperforming Beyond Meat in the UAE and is the fastest-growing alt-meat company in the region. Last year, it raised $22.5 million in funding.

“Tuna is one of the most consumed fish in the world and unfortunately is endangered,” said Marcos Leta, the company’s founder, on LinkedIn. “Therefore, we decided to start our “fishing” with tuna with several innovations. I’d say our tuna breed is the healthiest of tuna.”