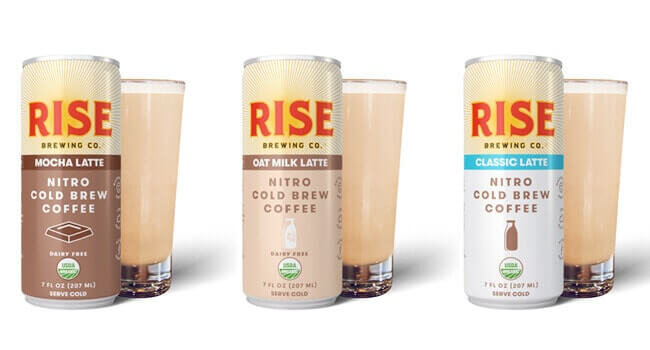 The two cold coffee beverages are intended to complement the Nitro cold brewed coffee product range. The new line includes oat milk coffee, a mocha made from oat milk, cocoa and a classic white coffee. These will be available on the RISE website and at Amazon, but also in the supermarkets Whole Foods and Foodkick for 2.99-3.99 USD.

In order to find out which plant-based drink its customers preferred as a milk substitute in the new drinks, RISE opened a pop-up café in New York. Consumers were invited to try various types of vegan milk, including almond, soy, rice and oat milk. The oat milk ultimately convinced the most people. RISE CEO and co-founder Grant Gysesky said, “We decided to couple our cold brew with oat milk after trying virtually every existing milk alternative for over a year.”

If oat milk is as well-received by consumers as almond milk, many alternatives to dairy products could be made with oat milk in the future. More information on the growth of plant milks can be found here.