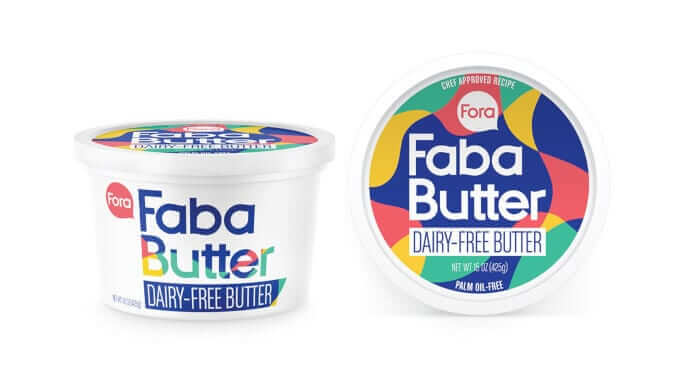 Brooklyn based Fora Foods launched FabaButter, the first plant-based product that ‘tastes and bakes just like butter’ and this product is now available for US consumers. Top chefs including Michelin-Starred NYC restaurateur Brad Farmerie, are giving it great reviews, not just as a plant-based product, but as a valid alternative to butter.

Aquafaba is otherwise known as chickpea water. During the boiling process, the proteins, starches, and other soluble solids migrate from the seed to the water. Then it does two important things; it acts as an emulsifier to blend the oils and fats and it creates the all-natural taste and texture of dairy butter. ‘It functions and tastes as good as dairy butter’, according to top chefs in New York. You can bake with it or spread it on your toast, as it reportedly binds and melts in the same way as dairy butter.

Fora was founded in 2017 by Aidan Altman and Andrew McClure. Vegconomist reported last year that the vegan butter manufacturer received capital including $1.4 million from various investors, to enable production and retail. FabaButter, the dairy-free alternative retails at $7.49 and is now stocked in all Eataly stores across the States.