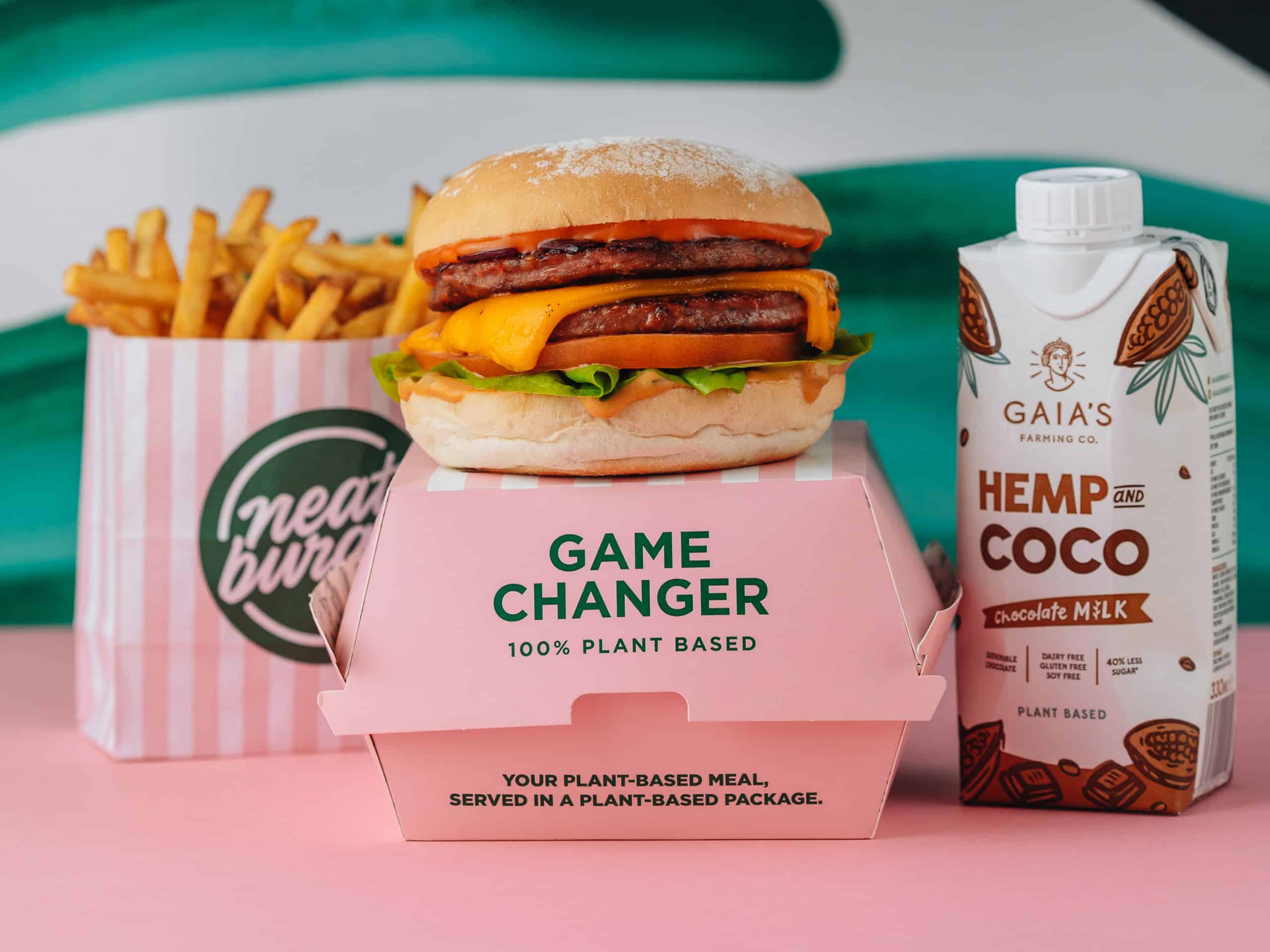 Gaia’s Farming Co. – the hemp-focused biotech – has launched its Hemp & Coco Chocolate M*lk into Neat Burger restaurants across the UK. The partnership is starting with an introductory Valentine’s Day offer of a burger, fries, and chocolate milk for just £9.99.

Neat Burger, backed by F1 star Lewis Hamilton, is currently valued at $70 million and recently announced plans to triple in size, both nationally and internationally. Tommy Chiabra, investor in Beyond Meat and co-founder of Neat Burger, is also a backer of Gaia’s Farming which recently launched its first two products.

“Launching into Neat Burger is a huge step for us, especially when we’re so new to market, but this partnership will get us one step closer to making plant-based more mainstream. Our chocolate milk is a heavenly blend of our hemp base mixed with coconut cream and sustainable cacao – a real crowd pleaser” commented Michael Kyriakou, Founder and CEO of Gaia’s Farming Co.