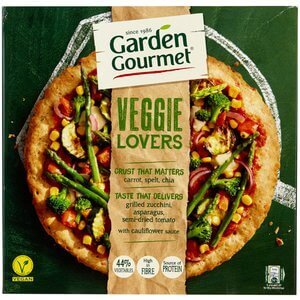 Garden Gourmet and Wagner have jointly developed three new veggie deep-frozen pizza varieties, two vegetarian and one vegan variant, which are to be launched on the market in September, initially in the German market.

Garden Gourmet, founded in Israel in 1986,  is a vegan and vegetarian brand which was on sale initially in the UK. Nestle acquired the company in 2017 and launched the products into the UK last May. In April this year it was revealed that Garden Gourmet would be pulled from shelves in the UK amongst huge competition in the plantbased market; 23% of new food product launched this year in the UK have been plantbased.