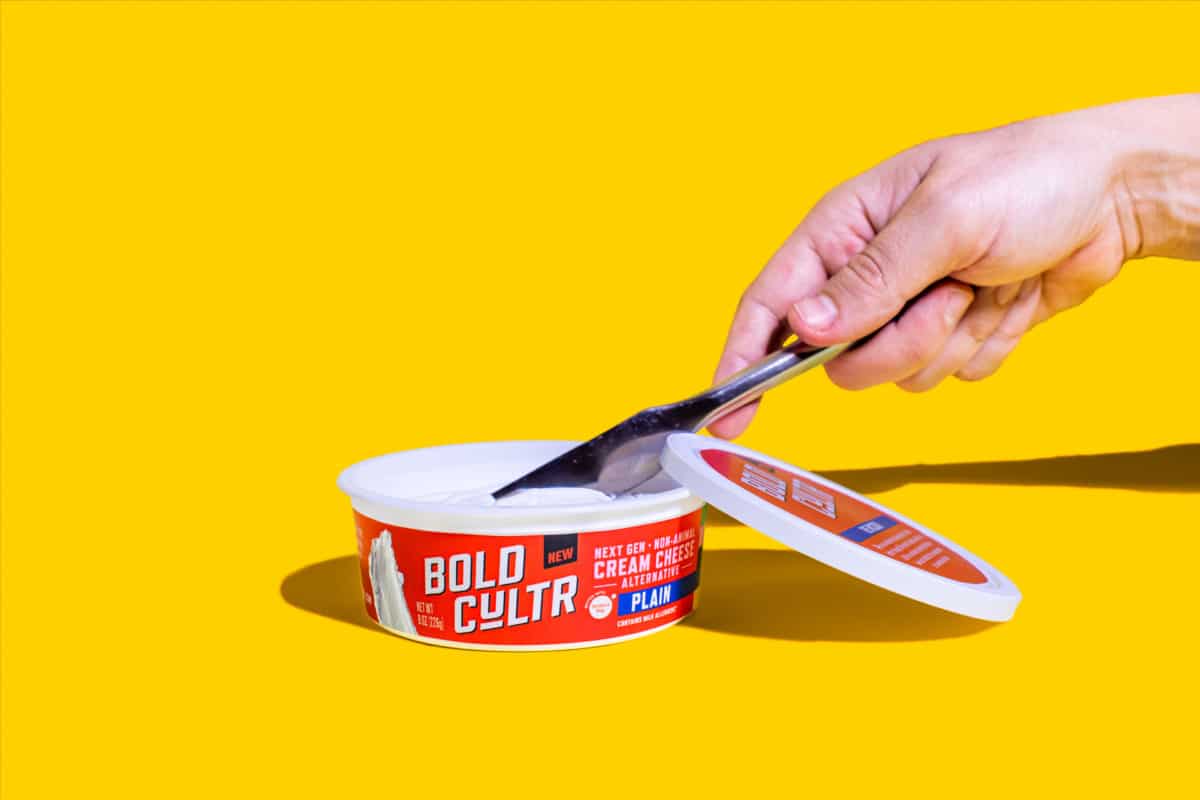 With the introduction of Bold Cultr cream cheese, American food manufacturer General Mills has become the first major food company to use animal-free dairy proteins. According to its website, the cream cheeses are made from non-animal whey protein supplied by Perfect Day Foods, a hip startup that uses precision fermentation to create actual dairy proteins from microorganisms instead of cows.

The product is identical in taste and nutritional performance to cow-based dairy, but with no lactose or cholesterol, and carries a substantially smaller environmental footprint. But the dairy surprise doesn’t end there.

Taking Milk in a New Direction?

Now, Renegade Creamery has quietly revealed a new line of ice creams possibly made from animal-free dairy protein. Its newly minted Instagram page features ice cream in Chocolate, Caramel and Cookies ‘n Cream flavors, declaring they offer “All the Ice Cream – None of the Worries”.

It’s not yet clear if the ice creams are actual products, but given General Mills’ collaboration with Perfect Day, it may be planning to launch ice cream made with dairy-identical whey. Indeed, Perfect Day’s whey has already successfully hit the market as an ingredient in smaller, premium ice cream brands, protein powders, and the startup’s own cream cheeses, Modern Kitchen.

The General Mills launch is significant, however, because it marks the first time an established food conglomerate is adopting the innovation. Between its Bold Cultr and Renegade Creamery brands, the company may be rapidly building up a portfolio to take dairy in a whole new direction.

General Mills is testing Bold Cultr cream cheese in several Hy-Vee locations in Minnesota, with plans for a wider online and retail rollout in the works. According to its website, the first available flavor is Plain, with Chive & Onion and Strawberry under development.

Based on consumer studies, animal-free cream cheese stands a very favorable chance of success. Data commissioned by Formo, another alt-dairy startup, found that 70% of consumers would buy real dairy products produced by fermentation technology instead of cows.  This rating held true for respondents across different age groups in multiple countries, including the United States, UK, Germany, Brazil and India.

In light of major steps taken by food corporations JBS and Nestle to enter cultivated meat production, General Mills’ entry into animal-free dairy signals a turning point for the large-scale production and distribution of alternative proteins.

In a blog post on its website, Drake Ellingboe, Bold Cultr co-founder states: “The innovation behind Bold Cultr is truly bold. New food technology is enabling us to re-imagine animal-free versions of conventional dairy products. There’s been a lot of anticipation from consumers and retailers, and we’re excited to get our first product out there to cheese-lovers looking for a better alternative option.”