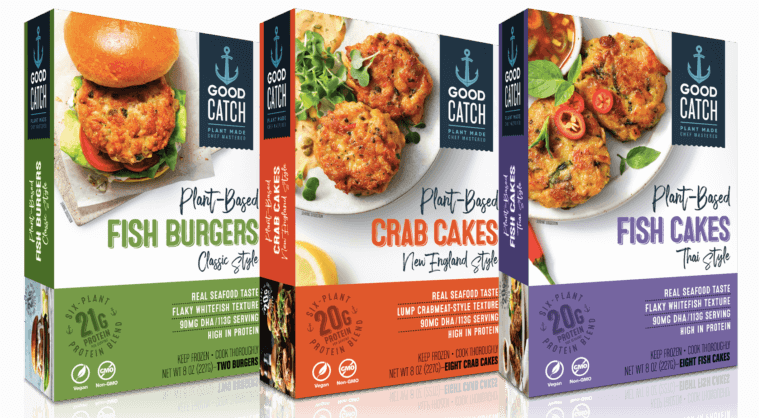 Good Catch® brought to us by Gathered Foods, has just announced a new line in frozen entrees and appetizers, as demand for plantbased seafood continues to rise globally and the market for fish alternatives continues to grow. The new line consists of New England Style Crab Cakes, Thai Style Fish Cakes, and Classic Style Fish Burgers.

Good Catch has had a phenomenal year so far; from securing a $36.8 M series B financing round in January to distribution deals with supermarket giant Tesco, to a partnership deal with Bumble Bee Foods, and most recently receiving backing from some top celebrities including Woody Harrelson.

Good Catch’s new frozen entrees and appetizers are the result of the rising consumer interest for plant-based alternatives to familiar and traditional foods. Over the past two years, sales of plant-based offerings that directly replace animal products grew 29% to $5 billion. Plant-based seafood accounts for only a small fraction of this total, creating the opportunity for Good Catch to bridge this gap in the market.

Chad Sarno, Co-Founder & Chief Culinary Officer at Good Catch commented: “Quality and innovation are essential to the Good Catch culinary journey. Recreating the taste and texture consumers expect from whitefish and crab cakes challenged our team to push our boundaries. We are really proud of the final outcome.”

The products have an MSRP of $5.99 and are now available in retailers across the East Coast, with expanded distribution throughout the USA planned for later this year.