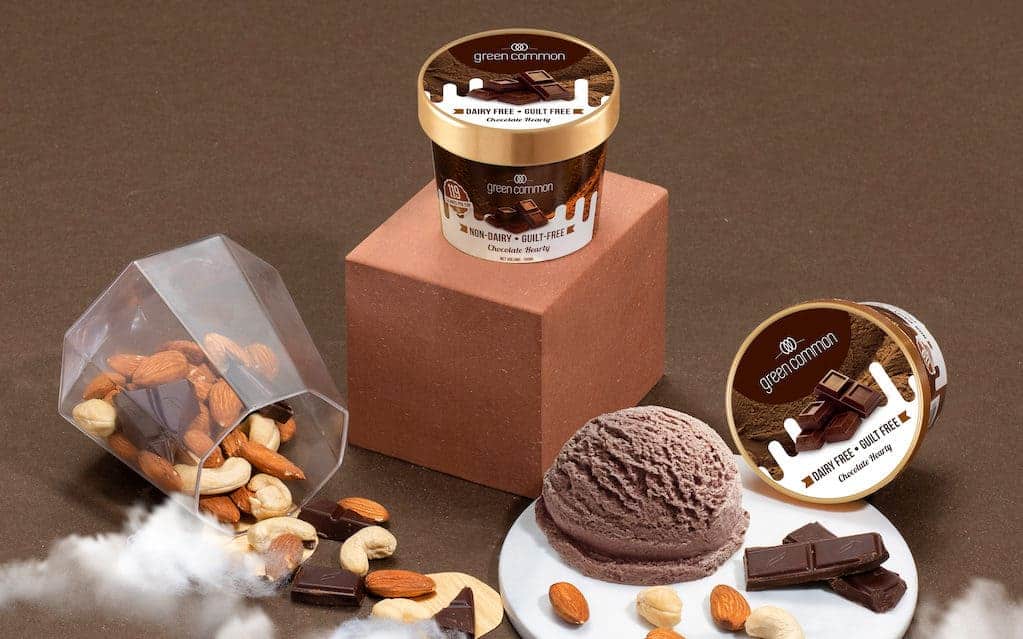 Plant-based platform Green Monday has launched two vegan ice creams in Hong Kong. The ice creams are available at Green Common, the organisation’s plant-based cafe and grocery store, as well as hundreds of 7-Eleven stores in the city.

The new ice creams come in two flavours made from coconut and cashew milk — Matcha Purity and Chocolate Hearty. The matcha flavour contains Japanese matcha powder and prebiotics, while the chocolate flavour is made with single-origin Thai chocolate. It’s “bean to bar”, meaning every step of the chocolate-making process is carried out by the chocolatier.

The ice creams are the only ones in Hong Kong to be approved by the Vegan Society. They are being sold under the Green Common brand.

The market for plant-based ice-creams is growing in Asia, driven mainly by health concerns and lactose intolerance. Recently, Igloo Dessert Bar launched the city’s first animal-free dairy ice creams in collaboration with US startup Perfect Day. But vegan ice cream is still hard to come by in many Asian countries, with some exceptions — for example, Swedish brand Oatly launched its ice creams in China in 2019.

A study published in September found that sales of vegan ice cream have more than doubled in the past five years, largely driven by health concerns.

“The future of food must be plant-based, and Green Common is a one-stop showcase and living museum for the future of food innovation,” said Green Monday founder David Yeung last year. “We aim to start a new trend of green eating and create a more sustainable future and planet through green eating.”