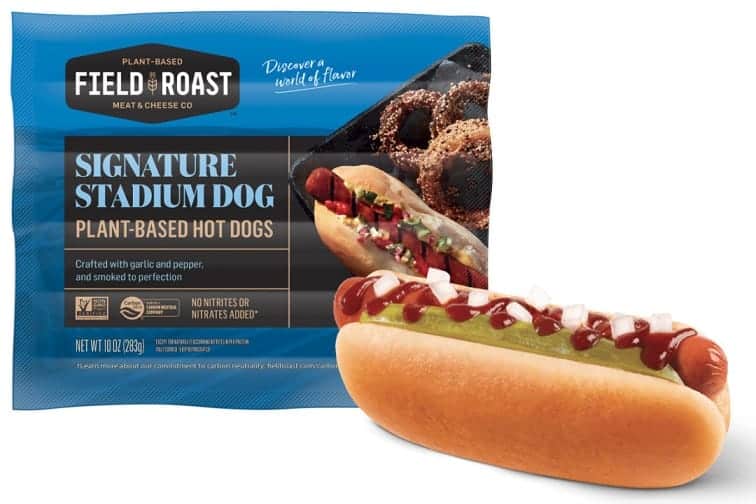 US company Greenleaf Foods, the owner of plant-based brands Field Roast and Lightlife, is expanding its range at Whole Foods to meet growing consumer demand. Three new options will be available at locations across the US.

Among them is the brand new Field Roast Signature Stadium Dog, which according to the company is the first plant-based hot dog to be made with pea protein rather than soy. It will be sold in a six-link pack at all Whole Foods stores.

The hot dog previously made its foodservice debut at Wienerschnitzel and Chef Roy Choi’s Kogi Trucks in Los Angeles. It will roll out in retail stores nationwide from this month. Lightlife Plant-Based Sausages and Plant-Based Breakfast Patties will also be debuting at Whole Foods stores across the US.

Greenleaf Foods launched in 2018 as a subsidiary of meat giant Maple Leaf Foods. At the time, the company said its aim was to “cultivate and advance leadership in the plant-based market”. Since then, it has opened the largest plant-based protein facility in North America, measuring 118,000 square feet. It has also partnered with Purple Carrot, a plant-based meal delivery kit brand, to distribute Field Roast and Lightlife products across the US.

“Whole Foods is known for its commitment to quality, wellness, and sustainability, which closely aligns with our portfolio, so we’re incredibly excited and proud to grow our partnership,” said Dan Curtin, President of Greenleaf Foods. “Our expansion with Whole Foods furthers Greenleaf Foods’ goal of making plant-based food widely accessible across the country.”