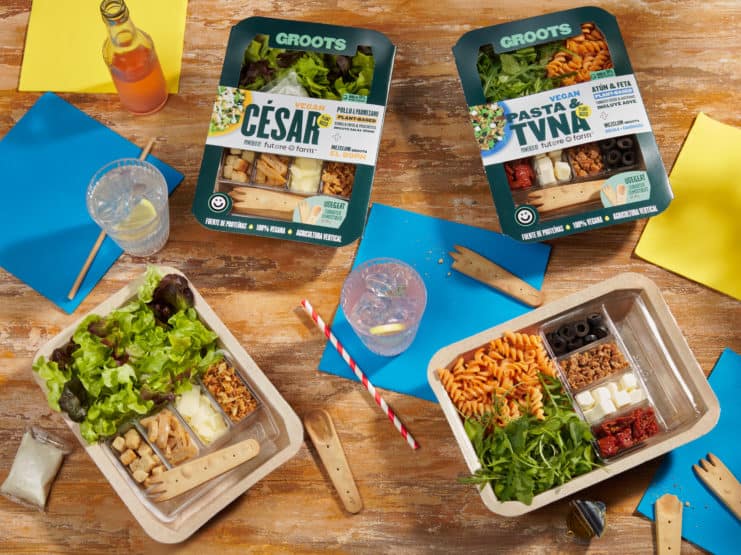 Future Farm and Groots have teamed up to create a range of ready-to-eat salads in Caesar and Pasta&Tvna varieties in Spain. The meals are close to Zero Waste, featuring edible cutlery from the startup Voilà.

Groots grows and sells food from a sustainable production system based on vertical farming. This formula achieves a 50 times greater cultivation capacity per square metre, which avoids deforestation and soil pollution, as well as reducing water consumption by 94%, among other benefits for the environment.

Carlos Gómez, co-founder of Groots, said: “At Groots we are not content with changing the rules of the game in the agricultural world. So far we have promoted a new way of growing, a new way of working, from inclusion and social impact, and we have encouraged consumers to grow their own urban garden, but we didn’t want to stop there. We wanted to go further and go to the table with a ready-to-eat product”.