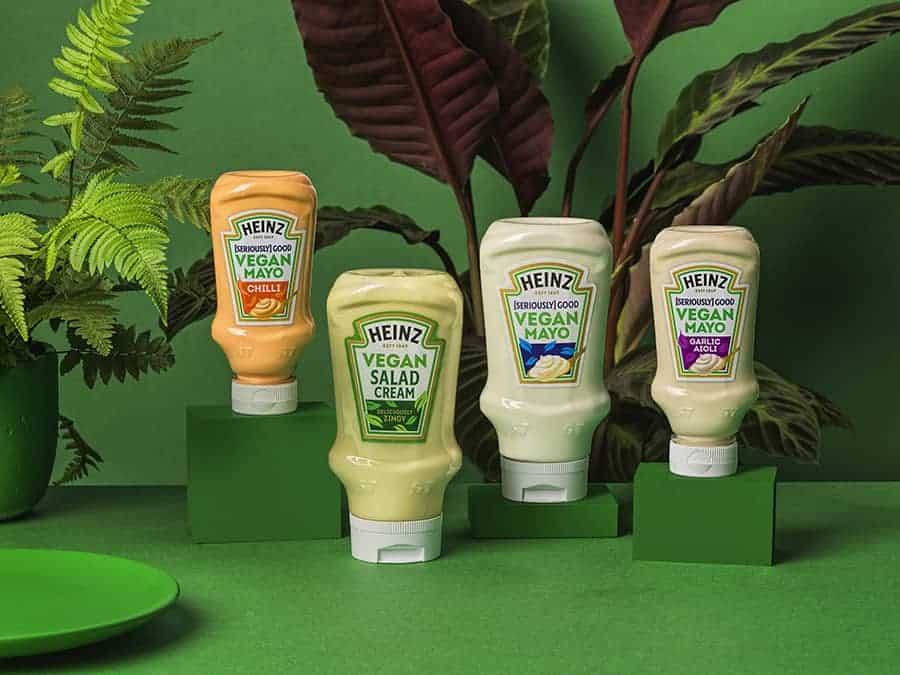 Heinz has launched veganised salad cream and mayonnaises as well as three varieties of bean burger, in time for Veganuary. The egg-free mayonnaise options available are original, garlic aioli, and chilli flavours, and the two vegan friendly bean burgers come in Original and Mexican flavours.

Heinz isn’t the first brand to launch vegan mayo in the UK. Condiments company Hellmann’s did so over a year ago, and it has recently launched a bacon-flavoured version. Hellman’s parent company, Unilever, is expected to surpass €1bn in plant-based sales within 5 to 7 years, partly due to the success of the mayonnaise.

The sauces are sold in squeezy plastic bottles and will retail for about £2.80. The salad cream and original mayo launched at Tesco stores on January 1, and the other mayonnaise flavours will follow mid-month.

The company has also revealed it will be launching three varieties of “Beanz Burgers” this month, two of which are vegan. The Original flavour contains mushrooms and tomato, while the Texan is made with corn, chilli, and chipotle. The bean burgers, which are sold frozen, will initially be available at Ocado from January 14.

“Here at Heinz, we have long believed in the power of plants, and many of the Heinz varieties you know and love are already vegan,” said Heinz Sauces Brand Manager Maria Perez. “As more and more of the country is tucking into flexitarian, vegetarian, plant-based and vegan meals, and as we kick off Veganuary 2021, we wanted to make sure you can still enjoy the same great taste of Heinz you know and love, in new plant-based recipes.”