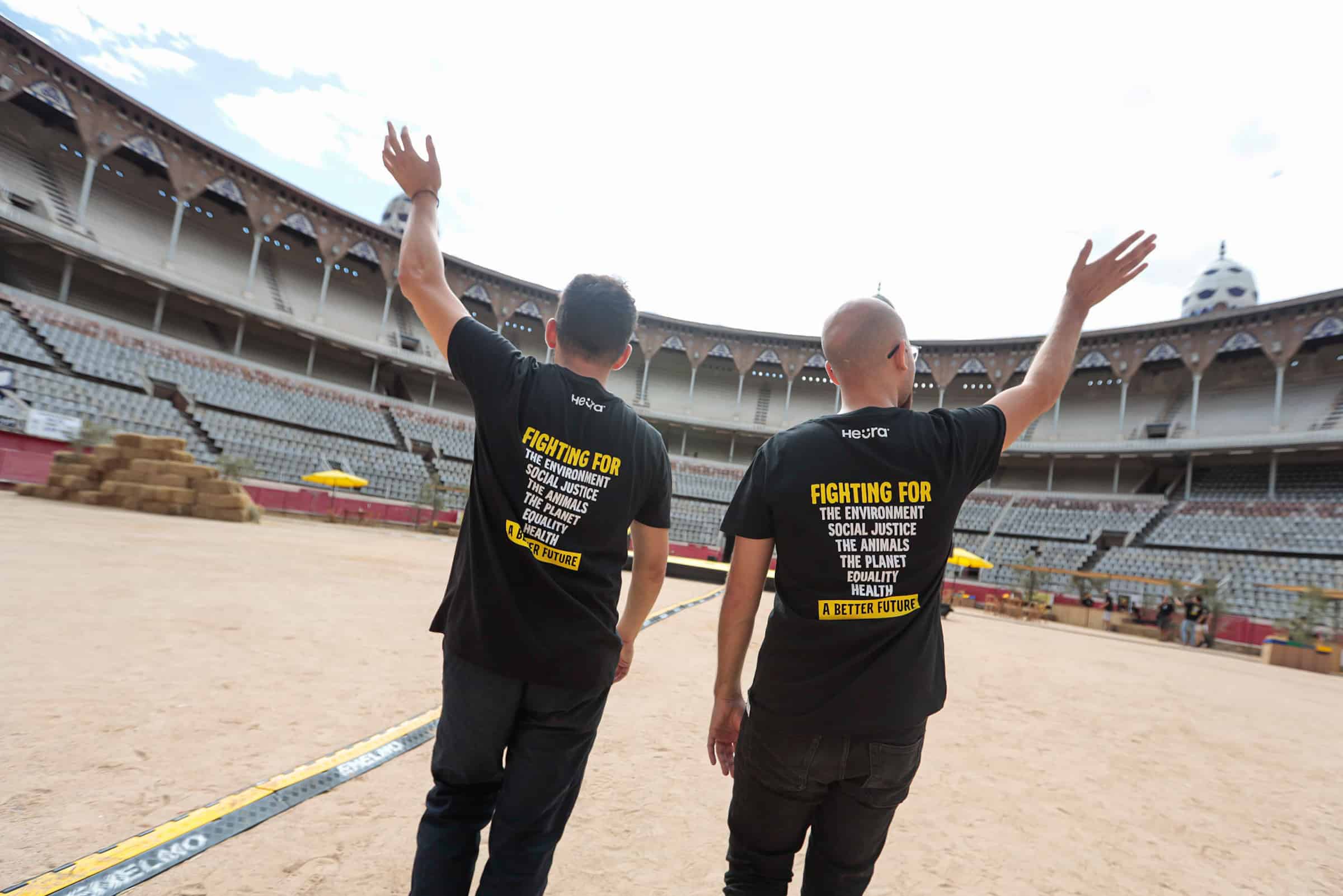 Celebrities, sports stars, and influencers have gathered at La Monumental – the last bullfighting ring in commercial operation in Catalunya – to celebrate the launch of Heura’s Sausage and Chorizo products.

Spanish alt meat leader Heura is launching its first-ever plant-based pork products and made a symbolic gesture by transforming the iconic bullfighting ring into a launchpad for its plant-based meats, drawing unmistakable parallels to the cruelty of bullfighting and the consumption of animal meat.

Celebrating Heura’s Mediterranean heritage and traditions, while recognising the need to rewrite those traditions, the launch of Heura Sausage and Heura Chorizo at La Monumental represents the declaration of the intentions of a whole generation, according to the brand.

The Power Sits with the People

Activism is at the heart of the company, with Marc Coloma, CEO of Heura Foods, recently sending messages to Spanish Prime Minister Pedro Sánchez, as well as UK Prime Minister Boris Johnson, regarding plant-based diets and climate change.

“A cycle of injustice can be obliterated once people refuse to follow the status quo and start standing up for what they believe in,” stated Heura co-founder and CEO Marc Coloma.

“Society found a way to transform La Monumental from a place of barbaric animal abuse to an amazing platform for an evolved form of entertainment. As the tides shift and the plant-based protein movement continues to make animal-based meats more and more obsolete, Heura recognizes that the power sits with the people, and we ask the world to make their voices heard.”