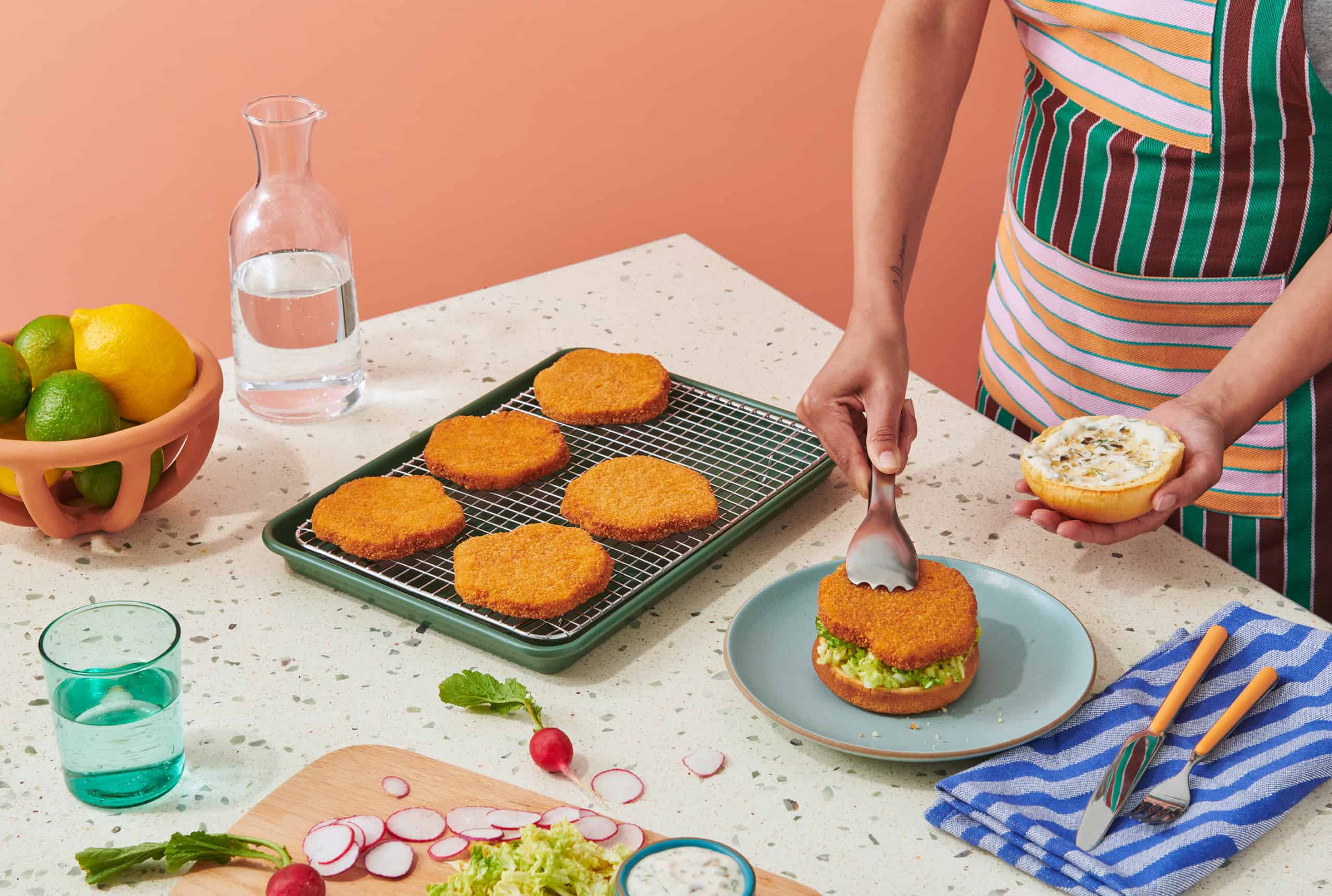 Impossible Foods has announced the launch of its Impossible Chicken Patties, said to taste and cook just like conventional chicken.

The launch follows the success of Impossible Chicken Nuggets, which proved three times more popular than the leading animal-based nugget in a blind taste test. The patties share the same taste, texture, and crispy coating as the nuggets, as well as a similar nutritional profile — they contain 10g of protein per serving and 50% less saturated fat than the leading meat-based chicken patty brand.

Impossible Chicken patties are sold fully cooked and can be heated up in the oven, air fryer, or microwave. They are said to use 49% less land, 44% less water, and generate 36% fewer greenhouse gas emissions than animal chicken patties.

The new patties will launch this month in the frozen aisle at nationwide retailers such as Safeway and Sprouts. Thousands more locations, including Kroger and Albertsons, are soon to follow.

Impossible has also revealed that the new patties are launching at Burger King in the form of the limited-edition Impossible™ Original Chick’n Sandwich. Available in Cinncinati, OH, from August 22, the sandwich will feature a seasoned Impossible patty topped with shredded lettuce and mayonnaise and served on a toasted sesame seed bun. If ordered without mayo, the sandwich is fully plant-based, though it is prepared on the same surface as the chain’s meat patties.

Impossible and Burger King have been collaborating in the US since 2019, most recently launching two new burgers — The Impossible King and The Southwest Bacon Impossible Whopper. Burger King also offers Impossible Chicken Nuggets, and launched a limited-edition Impossible Croissan’wich in 2020.

“Working with Burger King to launch our first-ever chicken patty has been a fun way to continue our partnership. Once again they’ve shown that they know how to deliver innovative options that taste great. We think fans are going to love this new take on the Original Chick’n Sandwich,” said Dan Greene, Impossible Foods SVP of North America Sales.