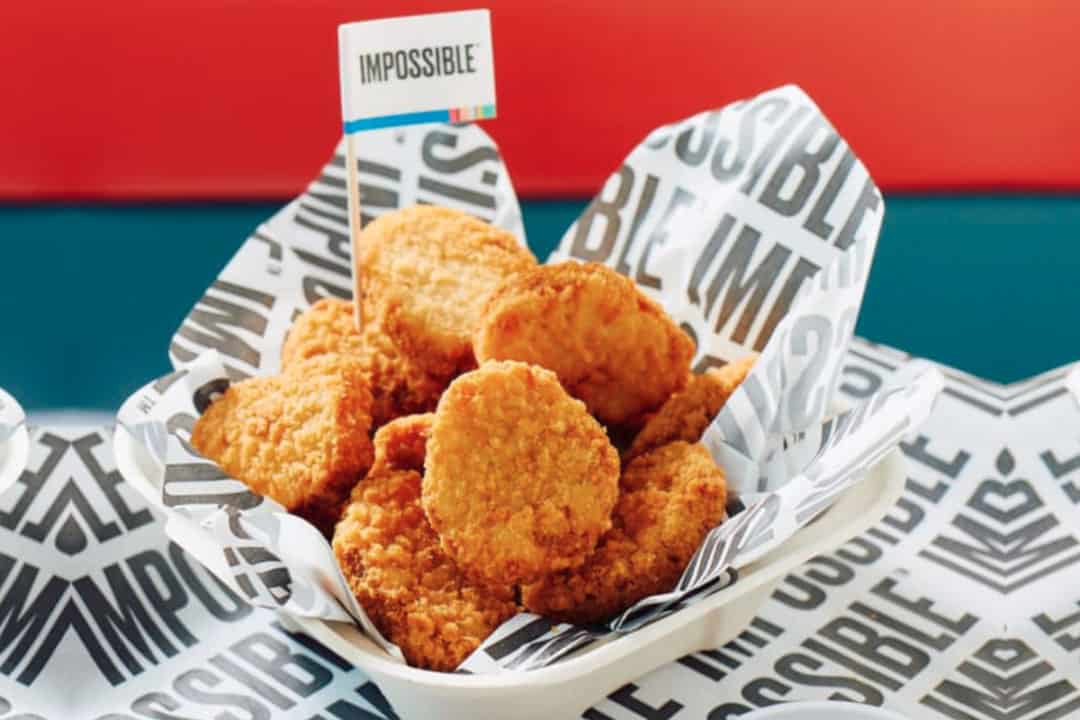 Impossible Foods’ European expansion has begun with the launch of the brand’s “Chicken” Nuggets and Sausage Patties in the UK.

The nuggets and patties will first launch at 300 restaurants and chicken shops, including chains such as Chicken Cottage, Halo Burger, and Patty&Bun. Later this year, they will roll out at supermarkets with the addition of more products. According to Impossible, the nuggets are preferred two-to-one by UK consumers when compared with conventional chicken nuggets.

Impossible’s nuggets have only been available in the US since late 2021, and this will be the first time they have launched outside North America. However, UK consumers will have to wait longer to try Impossible’s famous “bleeding” burger, which launched in Australia, New Zealand, and the United Arab Emirates last autumn.

Beyond Meat in the UK

Impossible Foods’ longstanding rival Beyond Meat has been available in the UK since 2018, forming partnerships with major chains such as McDonald’s and Taco Bell in the country. Last year, Beyond announced a huge retail expansion into 450 new UK stores, following the opening of a co-manufacturing facility in the Netherlands.

While it has taken Impossible several years to expand into Europe, the company is seeing growing success worldwide. Last year, Impossible closed a huge $500 million funding round, the biggest of any alt-protein company. This made it by far the fastest-growing alt-meat brand in retail, outpacing Beyond Meat — and the company continues to expand into new markets.

“The UK has a unique and unrivalled chicken shop culture that we’re confident our nuggets will compete in because first and foremost they taste better, and they’re also better for you and better for the planet,” said Peter McGuinness, CEO of Impossible Foods. “And there’s more to come — later this year we’ll be expanding to supermarkets and rolling out additional products. We can’t wait for our friends and fans in the UK to finally taste our products.”