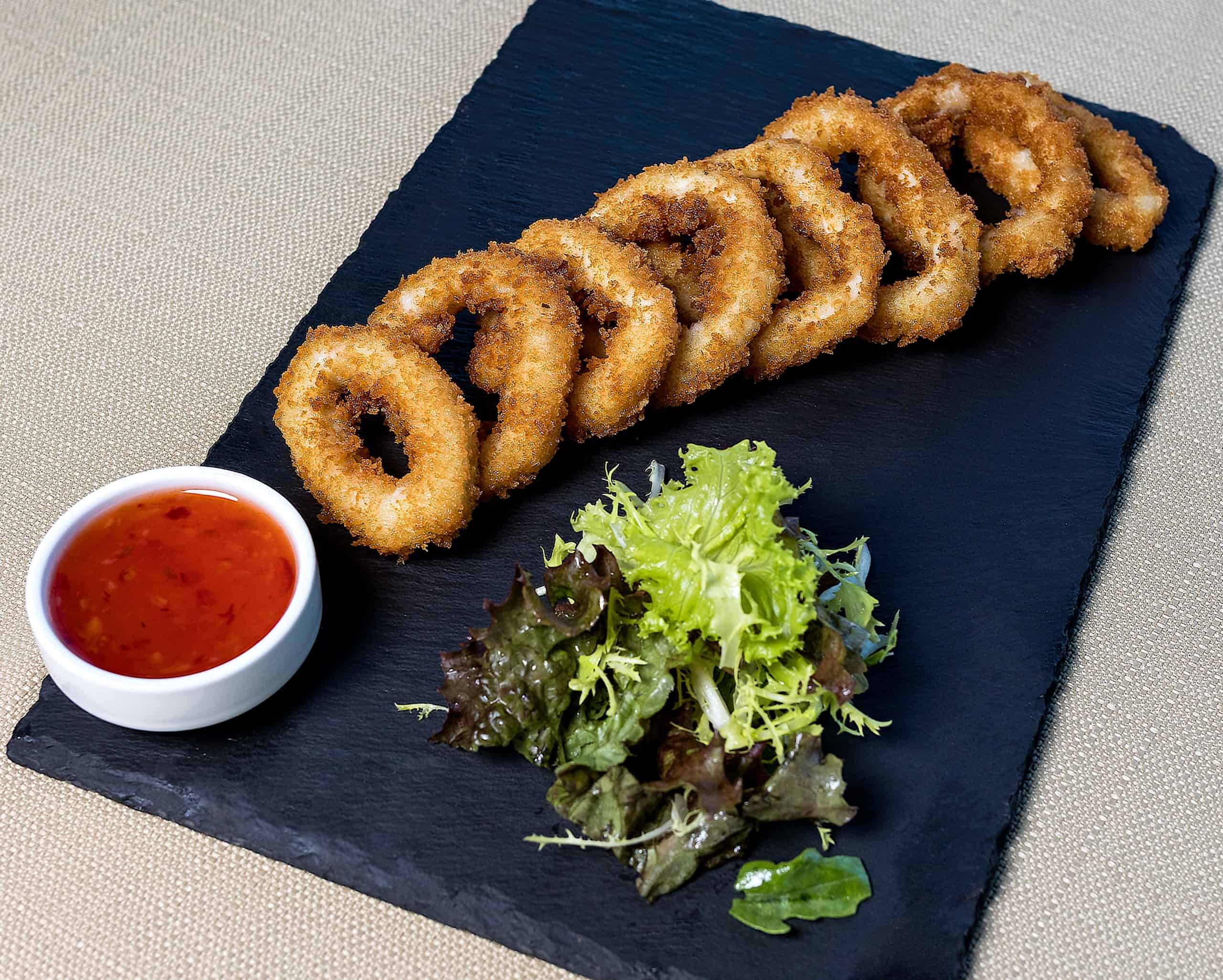 Photo by Farhad Ibrahimzade on Unsplash

Alt-seafood company Jinka recently revealed what may be the first pre-cooked plant-based calamari on the retail market.

Jinka quietly previewed the novel appetizer at a recent trade show, which appears to be sold as a perishable frozen product. According to the packaging, Jinka’s tempura-battered rings offer the same taste and texture as squid calamari, along with protein and omega-3 fatty acids.

The product can be eaten in snack or appetizer form, or as the centerpiece of a meal. While labeled Non-GMO, the ingredients have not yet been specified. Pending an official launch date, Jinka’s calamari would join the brand’s current line of plant-based tuna spreads and crab cakes.

The quest for calamari

On the retail front, Lily’s Vegan Pantry sells a frozen “Imitation Squid” online, while Nature’s Charm recently introduced canned “calamari” – marined king oyster mushroom rings that can be battered and fried. Beyond these products, there appear to be no other ready-to-prepare commercial squid alternatives.

An ocean of opportunity

The alternative seafood market grew by 23% in 2020 and is expected to soar to $1.3 billion in the next decade. While that figure represents a fraction of the $160 billion conventional seafood market, it also reveals animal-free seafood as a wide-open space ripe for innovation and disruption.