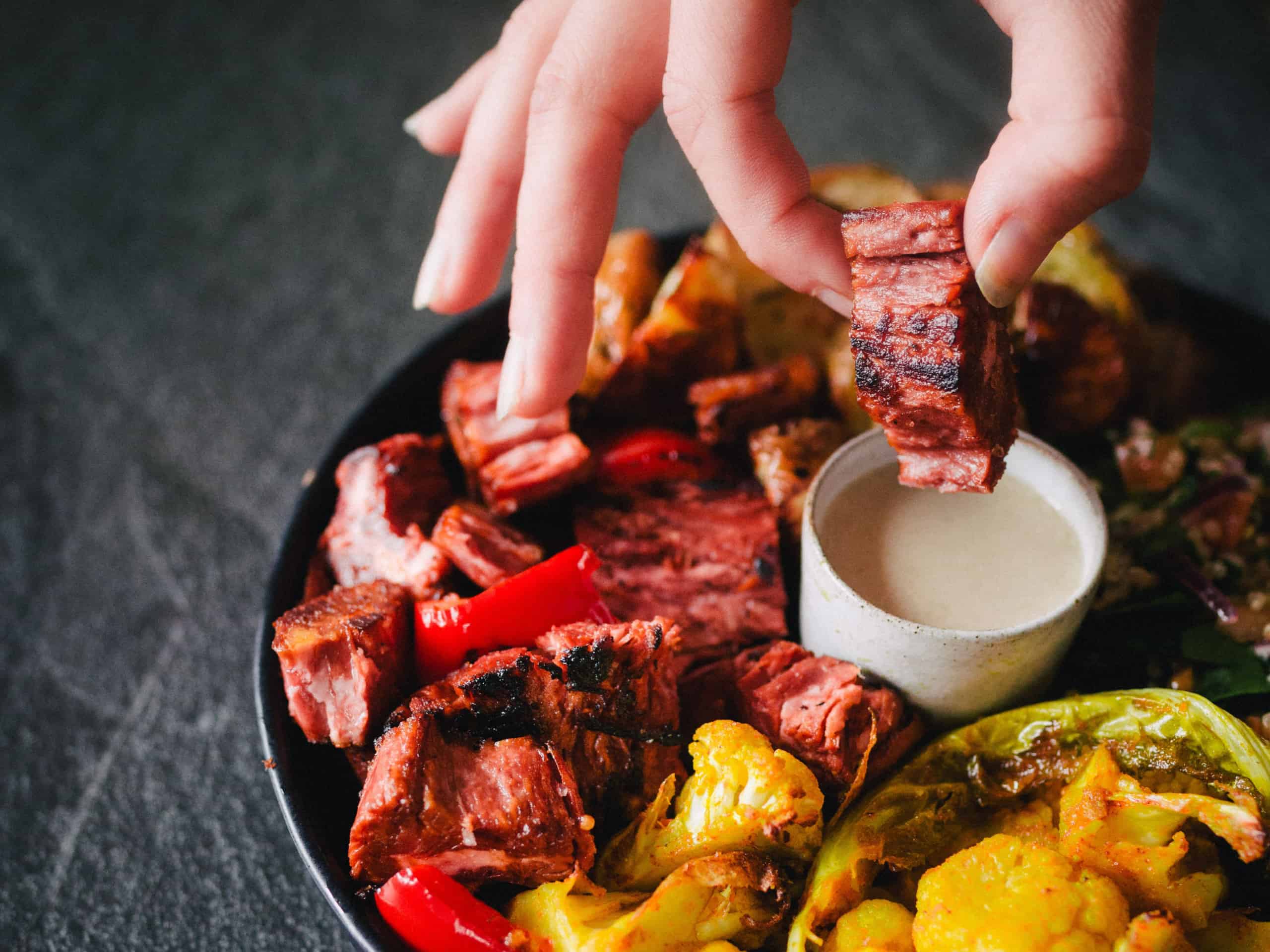 Juicy Marbles‘ plant-based filet mignon is now for sale in Europe through a limited drop of 1,000 packs in what the company claims to be the world’s first premium alt meat release of its kind.

The Juicy Marbles tender filet mignon is now for sale via the company’s website, with the Slovenian startup using patent-pending protein texturing tech to replicate the texture and fat systems of conventional filet mignon. Although plenty of other vegan steaks are being developed in the industry, Juicy Marbles claims its products differ in that they are not lab-grown or 3D-printed, but rather produced through its proprietary plant-based 3D assembly technology.

According to Juicy Marbles, the launch makes it the first company to commercially release a plant-based filet mignon steak thus opening a whole new category of plant-based meat. The news follows the startup’s recent $4.5 million capital raise, with plans to release a similar number of filet mignon packs in the US before a wider retail rollout later this year. For every steak pack sold, the company will also plant a tree with its partner Ecosia – whose founders back Juicy Marbles through their World Fund VC.

“This year our products will launch in retail and restaurants but before that, we intend to do a few limited drops online for our early supporters and curious flavour explorers. This way, we hope to get as much feedback as possible before the products hit the shelves,” stated Luka Sinček, co-founder and CEO at Juicy Marbles.