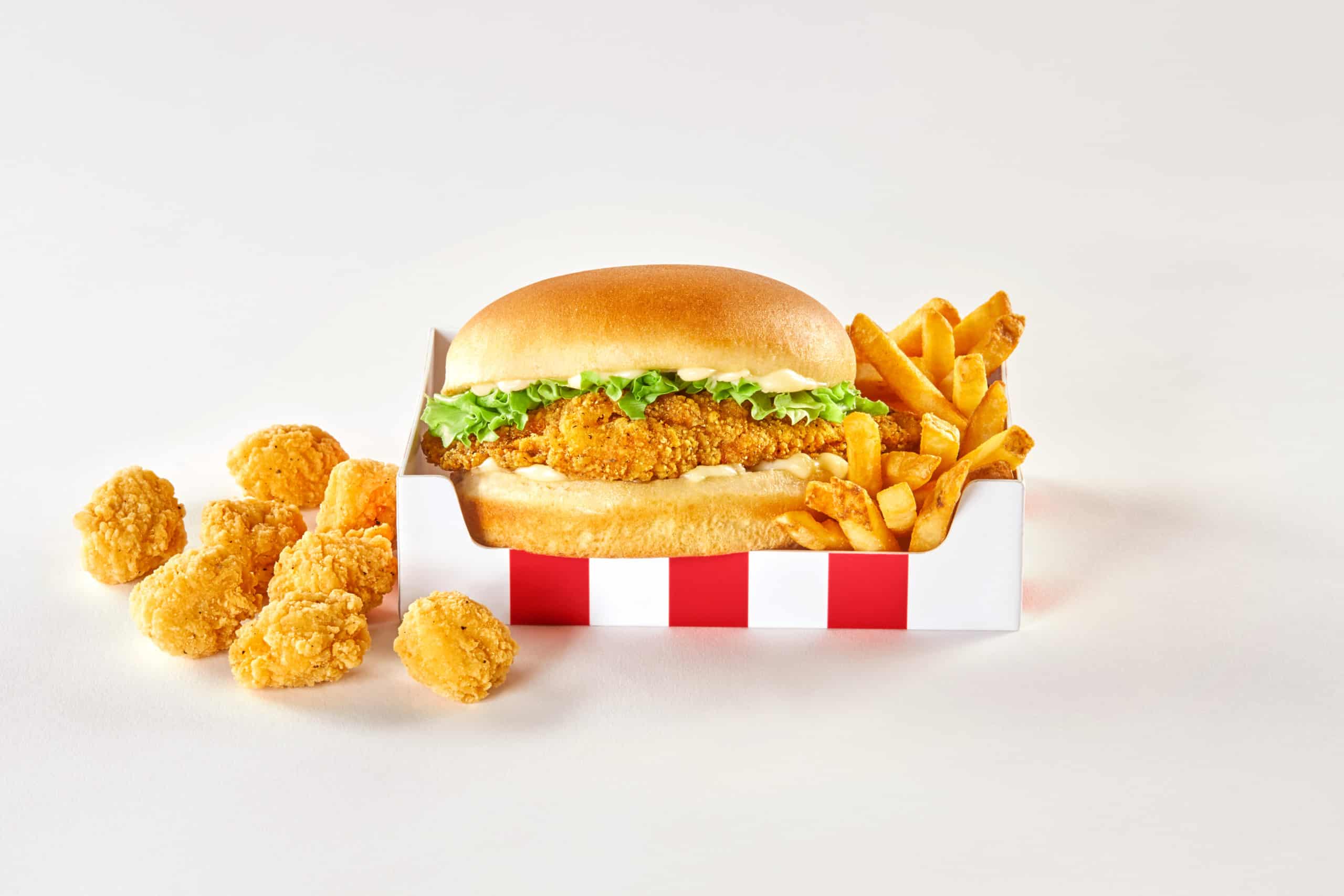 Having made headlines in the US after announcing a national rollout of Beyond Meat’s fried chicken this week, KFC in Canada is also actively expanding the chain’s plant-based chicken menu.

“A month’s worth of sandwiches in six hours”

KFC Canada first tested a Lightlife-based chicken sandwich in 2019 to resounding success. At the time, a KFC spokesperson said the company sold “a month’s worth of sandwiches in six hours” and the huge demand for plant-based menu items compelled the chain to “quickly to bring these menu items to our restaurants across Canada.”

The sandwiches have become a fixed part of the menu, and can be purchased individually, in a combo or a boxed meal.

The new menu items represent Mary Brown’s first plant-based chicken options, and are designed to appeal to the fast-growing demographic of flexitarian consumers.

Hadi Chahin, Mary Brown’s President and COO, commented, “We’re listening to what Canadians are saying and how their food tastes are changing. So while chicken is at the heart of our menu, we also want to satisfy the cravings of Guests who are looking for delicious plant-based choices.” He added, “Plant-based options open the door to more people enjoying Mary Brown’s – and at the end of the day, sharing great food with family and friends is what we’re all about.”

With the expansion of vegan chicken at two major Canadian QSR brands and KFC USA’s launch of Beyond Meat Fried Chicken, plant-based chicken is quickly ascending in appeal and accessibility, and companies like Lightlife are helping to lead the way.

Speaking on the Mary Brown’s partnership, Dan Curtin, President of Greenleaf Foods, SPC said: “Lightlife is committed to making plant-based eating more accessible and is excited to partner with Mary Brown’s to now offer their Guests something they can enjoy without compromise: delicious and satisfying breaded plant-based chicken menu options made with simple ingredients they can feel good about.”