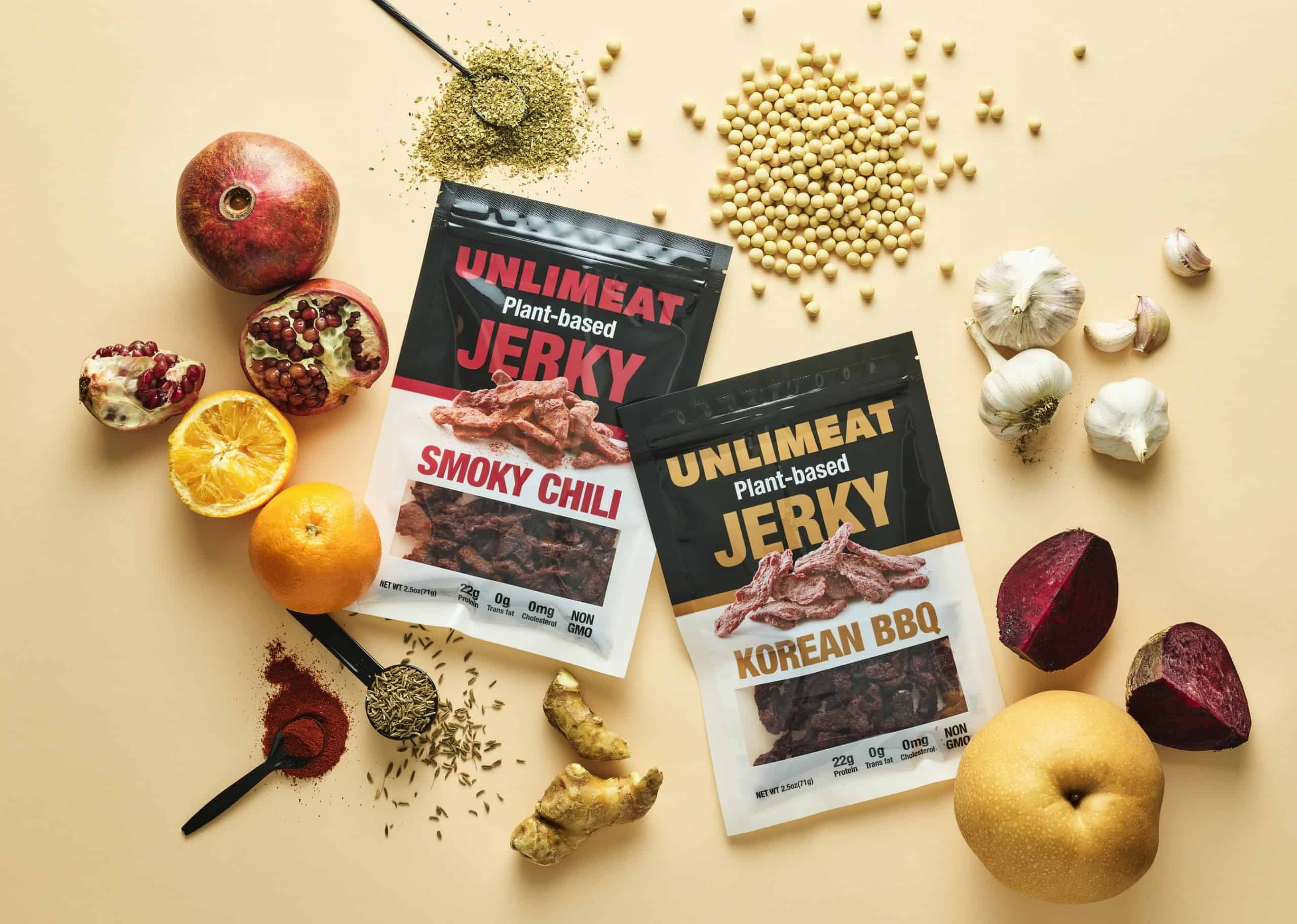 UNLIMEAT, a Korean alternative meat brand, is launching sales for its plant-based jerky on Amazon. The debut comes about a month after the jerky’s highly successful Kickstarter campaign, which hit 1,035% of its original funding goal in a single month.

Made from non-GMO soy protein, wheat and other vegetable ingredients, UNLIMEAT’s jerky is created with proprietary texturing technology and features a meat-like chewy texture. The jerky also excludes artificial ingredients, using beet and pomegranate for coloring and citrus extract as a preservative. On Kickstarter, UNLIMEAT sold the jerky in Korean BBQ and Smoky chili flavors priced at $19.97 per box. The campaign hit its target of $10,000 in just three hours, the brand states.

Owned by Korea’s Zikooin Company, UNLIMEAT entered the US market in early 2022 with a specialty line of Asian-focused plant-based meats, including sliced beef and several varieties of pulled pork. Its products are currently available online through platforms such as GTFO It’s Vegan and Wooltari Mall USA.

“We’d heard that it would be difficult to reach even $10,000 funding in food categories from Kickstarter, which usually showcases tech products,” shared an UNLIMEAT representative. “We’re quite thrilled to have broken market expectations by receiving more than $30,000 in funding, especially because our product is plant-based, making it a smaller subdivision of the broader market. We hope that our product, which has now successfully begun sales in the USA, becomes even more popular on Amazon.”