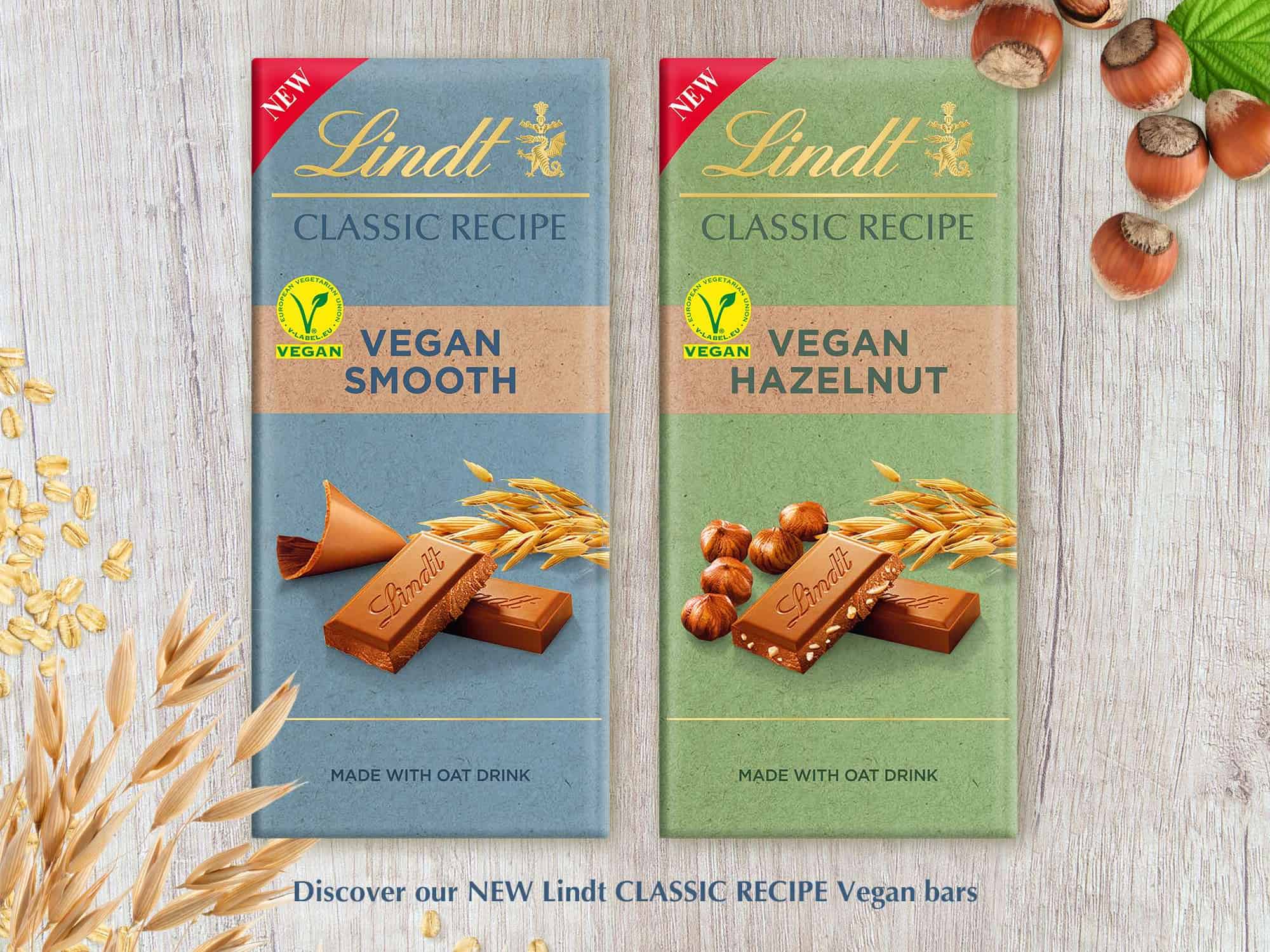 The premium chocolate maker has developed the new bars in response to the number of British people now opting for plant-based milk, which studies show to have exploded dramatically to a third of the population. Lindt’s latest products are made of oat milk – now the most popular dairy alternative globally.

Lindt – a global brand with a revenue of over 4.5 billion – has been expanding its vegan range slowly but steadily, this year releasing a plant-based range in Germany, as well as a vegan version of its Hello Santa in time for Christmas.

Lindt claims to make the bars according to traditional Swiss recipes with premium plant-based ingredients, and they will be available from Sainsbury’s and other popular grocery retailers, as well as online.