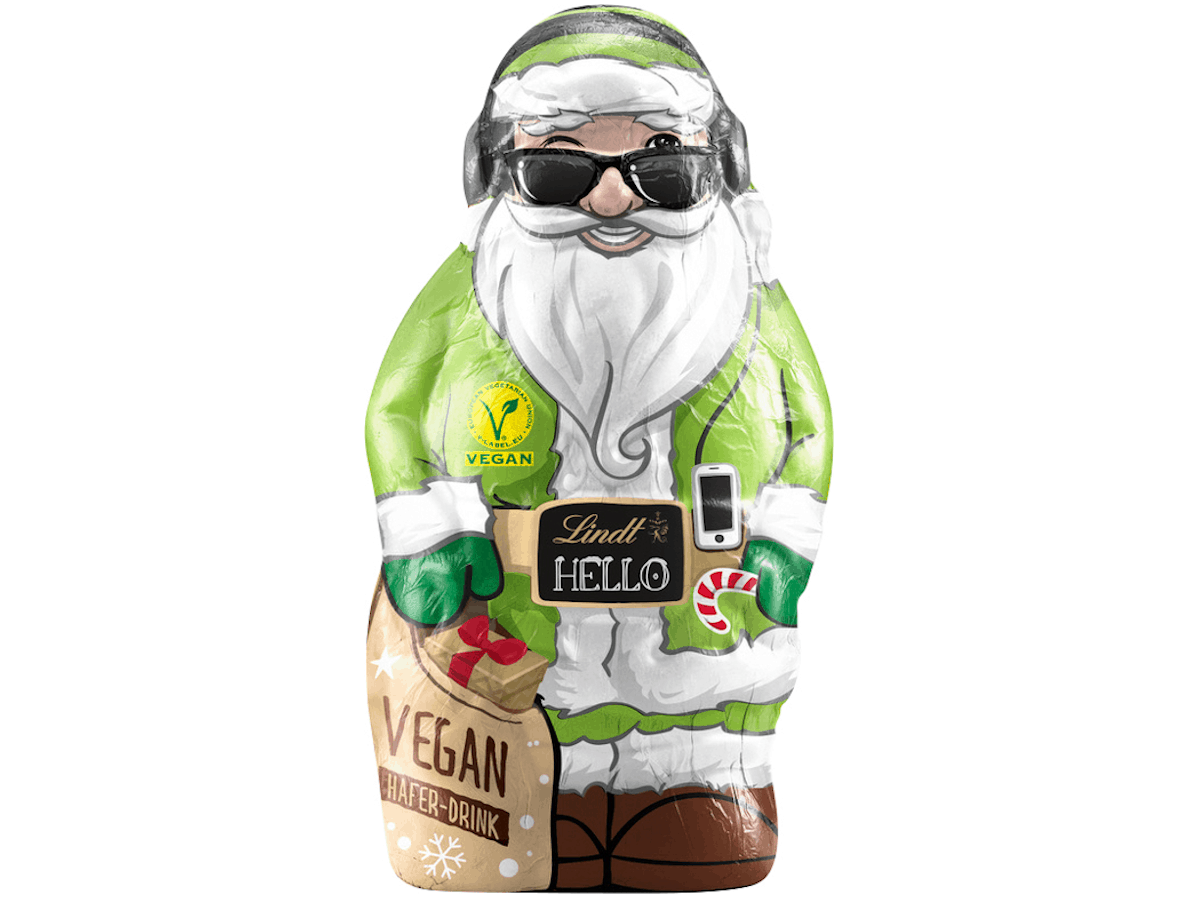 Lindt announced yesterday it has launched the HELLO Santa for the first time in a vegan version. This follows its news last July when the global chocolate brand added three vegan “milk” chocolate bars to its popular HELLO range in Germany in Cookie, Hazelnut, and Salted Caramel flavours.

The HELLO Vegan bars won the PETA Vegan Food Award as the best vegan chocolate. Now the Hello vegan milk chocolate is available in Santa form, as the confectionary leader introduces the veganised Santa in answer to the common problem of what to gift to vegan friends and family members for Christmas. He is dressed in a new green outfit, which suggests what’s inside – a vegan HELLO recipe, in which the milk is replaced by oat milk and almond paste.

Lindt is present in 120 countries and is headquartered in Zurich. It has factories in Switzerland, France, Italy, and Austria, as well as in New Hampshire, USA.