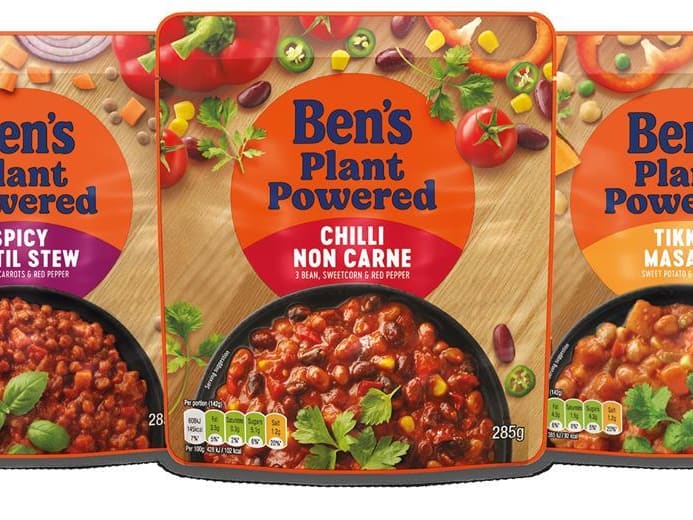 Mars Food UK is to launch a plant-based range for its Ben’s Original brand. Rebranded from Uncle Ben’s, the new Ben’s Plant Powered range includes vegan versions of UK classics and will hit shelves in June.

Debuting with three SKUs – Chilli Non-Carne, Spicy Lentil Stew, and Tikka Masala – the Ben’s Plant Powered products are all microwaveable in 90 seconds and have been launched by Mars Food in response to what the multinational calls; “a permanent shift in eating habits in the UK”, as first reported by the Grocer.

After becoming the first major confectionery producer in the world to launch a vegan chocolate bar back in 2020, Mars has since expanded its plant-based offerings across its food brands. The Mars Petcare division is also one of the biggest companies in the global pet food industry and recently launched a “plant-first” dog food, although it also contains meat.

“We’re seeing a permanent shift in eating habits in the UK with shoppers increasingly looking for ‘Health’. While this is a broad definition, plant-based diets are a critical part of this for many and here to stay,” stated Gareth Williams, Marketing Manager for Ben’s Original.