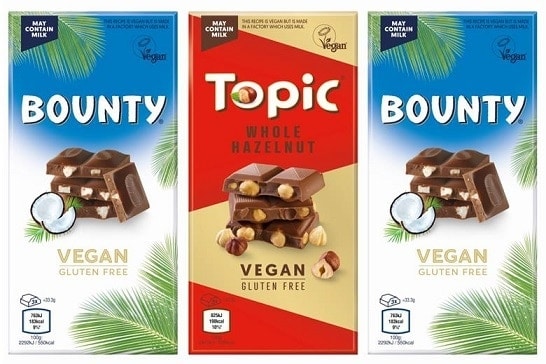 Mars announces today the launch of Bounty Vegan and Topic Vegan, following the news in November that it became the first major confectionary producer in the world to launch a vegan chocolate, with the launch of dairy free Galaxy. In July, Mars also launched vegan drinks in the form of oat-based Mars, Bounty and Galaxy flavoured milkshakes.

The veganised popular chocolate bars will be available in UK supermarkets Morrisons and Asda from the end of this month at a cost of £3.

Mars Chocolate Drinks & Treats GM Michelle Frost commented to The Grocer: “We believe that Topic Vegan and Bounty Vegan will add something excitingly different to the free-from category.”