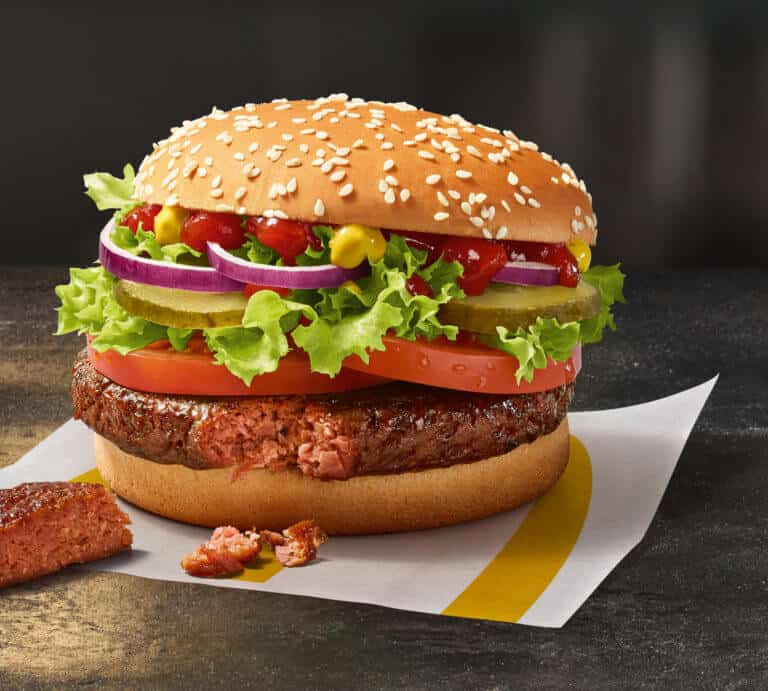 This summer, McDonald’s Israel will add a new vegan option to the menu. The Big Vegan Burger will feature Nestlé’s Incredible Burger patty made out of wheat and soybean. The burger will be available in select locations in Tel Aviv.

With this launch, Mc Donald’s follows its aim to expand its custumer base by “going green”. Called The Big Vegan TS, the plant-based burger was first added to German menus in April this year. Since then, the company has considered expanding the sale outside of Germany.

In an interview with CNBC in May, McDonald’s CEO Steve Easterbrook stated that the company is “keeping a close eye” on customers’ acceptability of meat substitute products. “What will be interesting for us will be to see who is particularly interested in that,” Easterbrook added. “Is it an existing customer who just wants an alternative option; does it bring a new customer in?”

Nestlé has also announced plans to launch a plant-based burger in the U.S. later this year, where it will compete with products made by Beyond Meat and Impossible Foods.