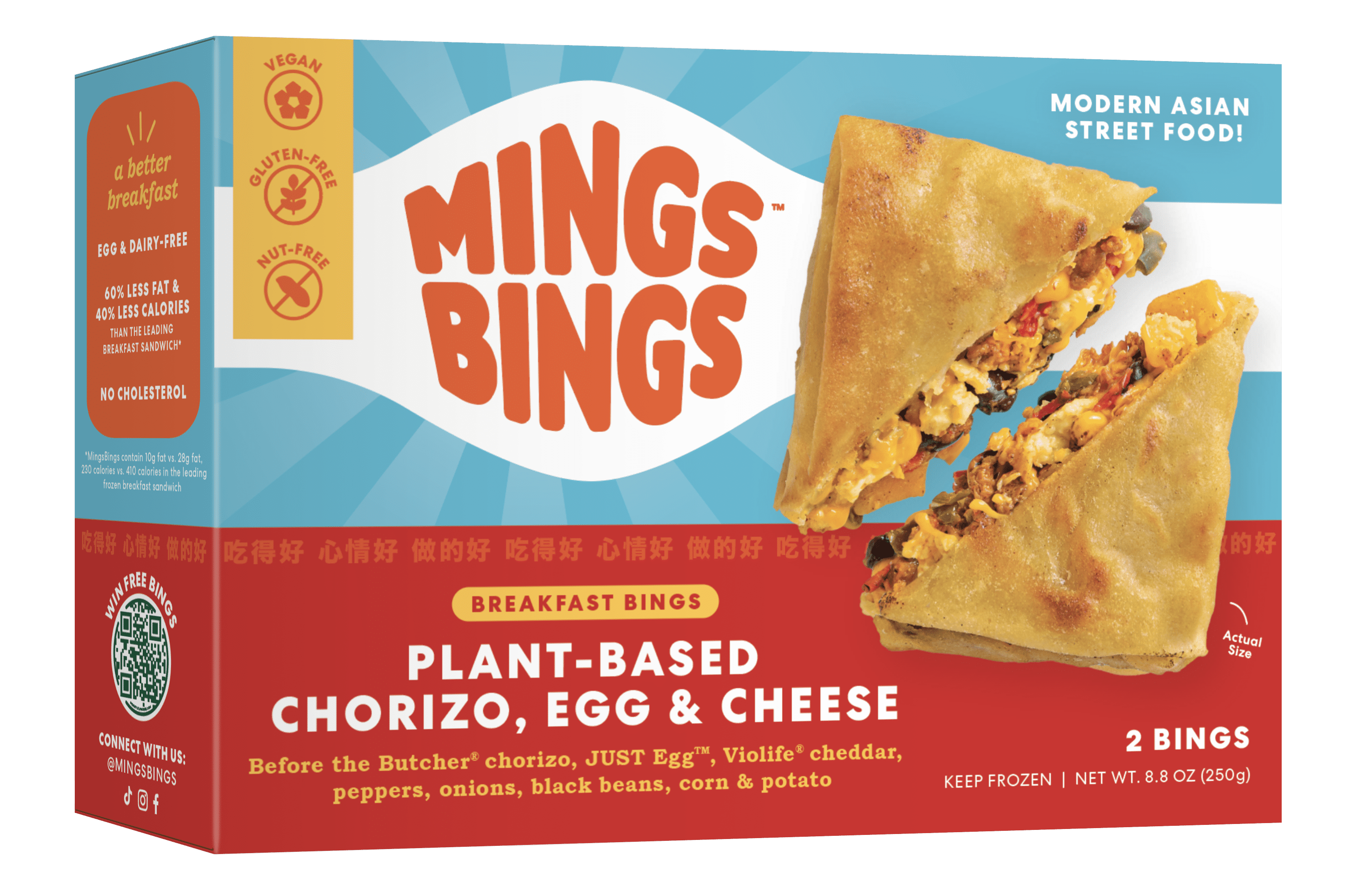 The new items are launching Friday, Oct. 14th on MingsBings.com and are available in four flavors:

All of the breakfast pockets are vegan and made without gluten or nuts. MingsBings was founded in 2020 by Chef Tsai, who used his signature East-meets-West techniques to blend the traditional Chinese flatbread with familiar American flavors such as Cheeseburger and Buffalo.

All of MingsBings products are fully plant-based, and can be found at over 4,000 retail stores nationwide, including Target, Sprouts and Whole Foods, with an upcoming launch into Publix.

To celebrate the latest breakfast bings, MingsBings and JUST Egg will be sampling the products to festivalgoers at this weekend’s Food Network New York City Wine & Food Festival.