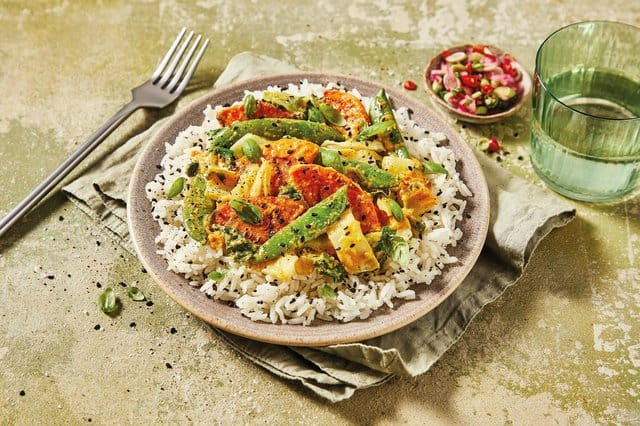 Among these products are No Duck Pancakes, Butternut Penang Curry, No Chicken Shwarma Flatbread, Pumpkin Falafel, and Beefless Wellington.

The Plant Revolution range was developed by chefs in response to consumer requests for easier ways to include plant-based foods in their diets. The new products are now available at Morrisons stores nationwide.

While some UK supermarkets such as Tesco have long offered an extensive vegan range, Morrisons has been slower to cater to plant-based eaters — though the chain’s previous vegan range, V Taste, did offer some options.

“We want our customers to enjoy eating well, no matter what diet they choose to follow,” said Emily Bell, Plant Revolution brand manager at Morrisons. “For part-time plant-eaters, fully-fledged flexitarians and the purely plant-based, our new Plant Revolution range delivers the bold and exciting flavours we know they’re looking for, and we’re excited to hear what people think of it.”