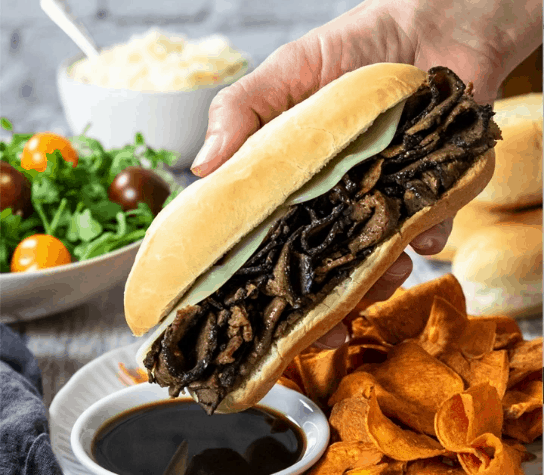 US company Mrs Goldfarb’s Unreal Deli has expanded its range of vegan meats with steak deli slices. The company says they are its “meatiest and juiciest” product yet.

In late 2019, founder and CEO Jenny Goldfarb appeared on business pitching show Shark Tank, where she secured a $250,000 investment from Mark Cuban. According to Goldfarb, the new steak slices are Cuban’s favourite product in the range.

The company says the slices can be used in a range of dishes, such as a French Dip sandwich, a Philly Cheesesteak, a Korean BBQ, or a Steak Salad. They are now available from the brand’s online store.

Unreal Deli has gone from strength to strength over the past two years, with its vegan corned beef now offered at fast-food chain Quiznos and Netflix Studios in Los Angeles. In 2019, Whole Foods began offering a sandwich made with the corned beef in several of its stores.

Unreal Deli’s products are also available at various grocery chains, as well as restaurants like Veggie Grill and Mendocino Farms. The company says it has upcoming plans to expand internationally.

In an interview with vegconomist earlier this year, Jenny Goldfarb said she expected the steak slices to be Unreal Deli’s most successful product yet.

“We want to really keep growing the deli line and work our way into service delis, grab and go, and even virtual restaurants we’ll be opening this spring,” she said. “Our Corn’d Beef sells the most as of now, but I think our unreal Steak Slices will top them all.”