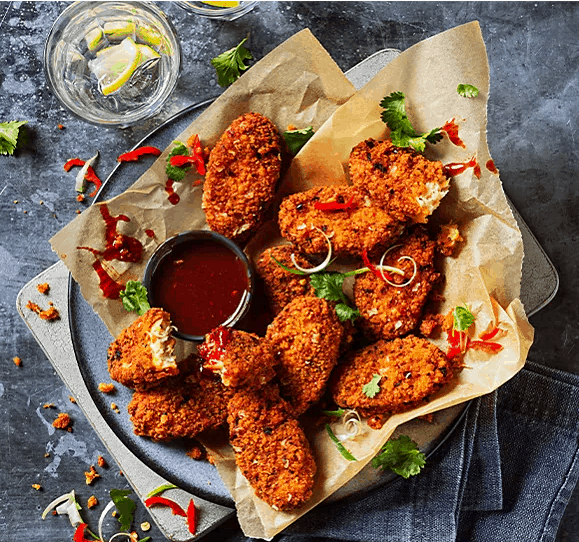 According to the company, the crispy wings are seasoned with rice wine vinegar and gochujang paste, while the koftas contain garlic, red jalapeno, and mint. The fishless goujons are made from rice protein and coated in a herby batter.

M&S has been steadily increasing its vegan options over the past two years. In January 2020, it launched over 100 new Plant Kitchen products for Veganuary — these included a No Tuna & Sweetcorn Sandwich, ToFish & Chips, and a No Chicken Smokehouse Wrap.

Last month, the chain launched a range of vegan and sustainable wines as part of a plan to make all its wines vegan by 2022. And in November, it announced a partnership with mycoprotein producer 3F Bio to expand its Plant Kitchen range and “supercharge disruptive innovation”.

“I am super excited about the new additions to our Plant Kitchen range,” product developer James Fisher told Vegan Food & Living. “We’ve gone above and beyond with the innovation for them, even introducing new plant-based sources of protein.”