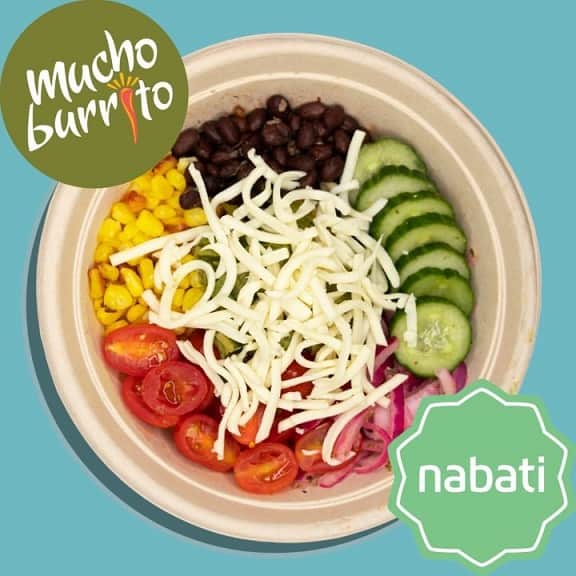 Mucho Burrito is Canada’s largest chain of premium fast-casual Mexican restaurants, with over 140 locations. The restaurants are now offering Nabati’s cheeze, which was created to be sold via a mix of distribution channels spanning grocery, foodservice and industrial channels.

Based in Edmonton, Nabati produces dairy, meat, and cheese alternatives. In March of this year the company announced a capital raise of $7.7 million following a year of “explosive growth” and a restructuring to Nabati Foods Global Inc. with a new corporate headquarters in Vancouver. The company also stated its plans to become a publicly listed company.

“Nabati Foods is pleased to continue building on our momentum in the foodservice industry by partnering with another major Canadian company,” said Nabati CEO, Ahmad Yehya. “Mucho Burrito shares Nabati’s commitment to sustainable, and flexible menu options, and we are excited to work together to feed the growing consumer demand for plant-based food.”

“Nabati Cheeze is a versatile product that can be incorporated into a wide variety of diets and many different types of recipes. We created our cheeze product because we believe that eating plant-based should not mean sacrificing taste and a great experience,” Yehya added. “This new partnership with Mucho Burrito follows our recent success partnering with COBS Bread, demonstrating the increasing popularity of Nabati Foods.”