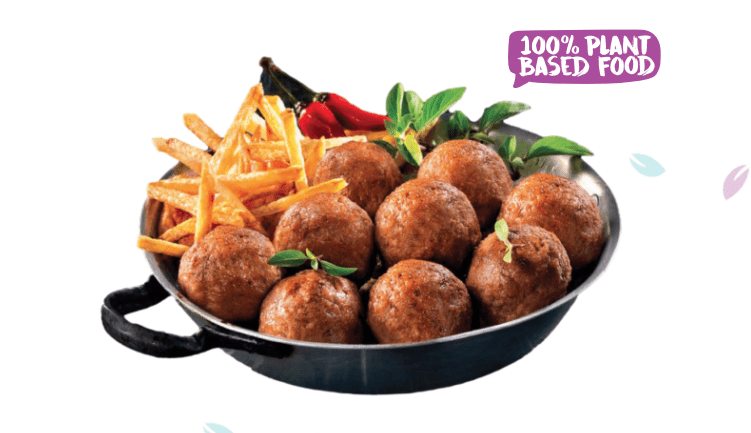 Made with legumes, fresh Greek herbs and spices, the products are currently available for both retail and food service. According to the brand, its gyro meat is the first soy-free vegan gyro on the market, while the Greek meatballs aim to redefine traditional Mediterranean cuisine.

With the exception of chickpea-based falafel, most of the brand’s products are made with non-GMO pea protein, are high in fiber and cholesterol-free.

Founded by Nafsika Antypas, Nafsika’s Garden is headquartered in Canada but manufactures its products in Greece. Antypas is also the executive producer and host of “Plant Based by Nafsika”, the first all-vegan lifestyle series to air on mainstream American television. The show can currently be viewed on A&E’s lifestyle channel FYI.

Nafsika’s Garden is previously known for a range of plant-based cheese offerings, including mozzarella, gouda, cheddar, feta, Edam and poutine-style cheese. The products are free from most allergens and palm oil, and are sold in blocks, slices, shreds and cubes. In 2020, the brand launched into 500 retail stores across America, followed by stores in Canada and the UAE.