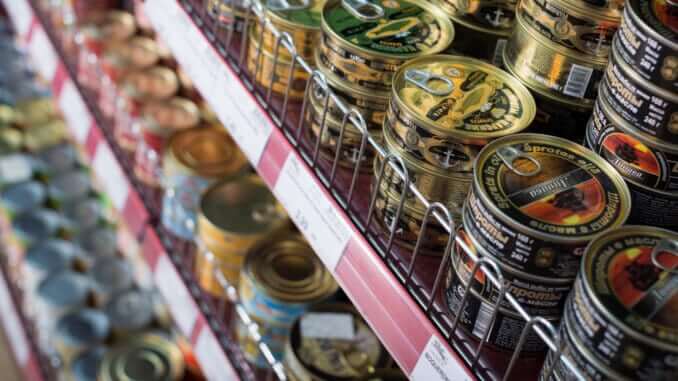 The plant-based preservative “NaturFORT RSGT” was developed by the global food technology company “Kemin” as an alternative to the chemical ethylenediaminetetraacetic acid (EDTA for short). This is the company’s response to customers’ growing awareness of food ingredients.

Kemin’s natural preservative “NaturFORT RSGT” is made from extracts of rosemary, green mint and green tea and is intended to extend the shelf life of natural products such as salads, dressings and sauces without chemical additives.

According to Kemin, the preservative was developed to replace the chemical food additive ethylenediaminetetraacetic acid, which is used in some products as a preservative, color enhancer and stabilizer. Due to the growing sensitivity of consumers to food additives such as EDTA, they are increasingly avoided.

“Many manufacturers have been looking for consumer-friendly alternatives to extend shelf life, since EDTA has been increasingly removed from products,” explains Chandra Ankolekar, Technical Service Manager of Kemin Food Technologies.

The patented plant extract mixture in “NaturFORT RSGT” has similar advantages to EDTA. For example, its oil and water solubility is guaranteed by rosemary extract, its heat stability is ensured by green tea extract and other extracts ensure colour retention and flavour-enhancing properties.

“Until now, when replacing EDTA, manufacturers had to forego shelf-life or significantly adapt their supply chain to store and sell these products using refrigeration technology,” says Kemin.

One of the central functions of NaturFORT RSGT is its ability to delay lipid oxidation. This is a chemical reaction described by Kemin as “the enemy” of food, especially durable oil-based products. Lipid oxidation occurs as a chain reaction in the presence of oxygen and has a negative influence on the quality of food, its colour, texture and taste.

EDTA is a food additive approved by the US Food and Drug Administration and is used in many foods, such as dried and canned beans, sauces, salad dressings, mayonnaise, and spreads, to extend shelf life. Major brand names such as Kraft use the preservative in their products.

However, there is increasing pressure on food manufacturers due to the growing attention customers are paying to food. Products with chemical or apparently chemical ingredients are increasingly being avoided. This is forcing producers to ban EDTA from their products and their production.