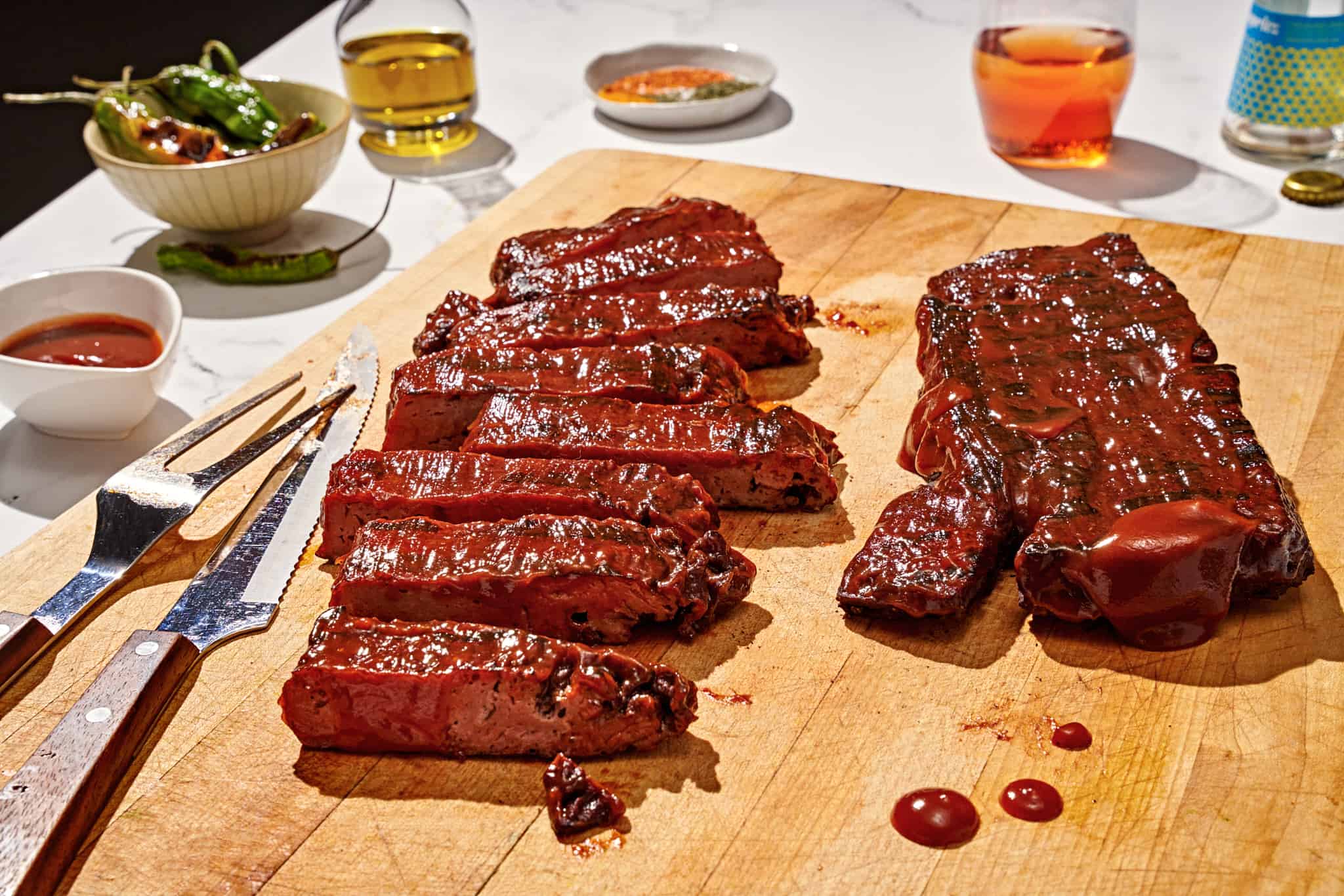 Louie’s Plant-Based – a New York online marketplace for plant-based meats – has revealed its new Pig Savin’ Ribs. The vegan, smokey ribs product is perfect for barbeque lovers, and will be available nationwide across the US.

Louie’s Plant-Based co-founder Louis Catizone first developed a BBQ-style sandwich for the brand’s bricks and mortar “sandwich window” in Brooklyn; Louie’s Luncheonette. After the huge success of the vegan rib sandwich, Catizone decided to expand the product’s reach via the DTC platform. Apart from the obvious reasons, The Pig Savin’ Ribs are called so as a portion of the proceeds from the sales will go to animal sanctuaries.

Louie’s Plant-Based ethos is to reimagine popular deli meats, ribs and roasts, with its vegan meats offering more protein and less sodium than traditional deli meats, and operating a DTC model. The brand will also be bringing the Pig Savin’ Ribs to retail locations across New York City, including Orchard Grocer in Manhattan and Perelandra in Brooklyn, with a neighborhood pop-up tour coming soon. The ribs are also now available for nationwide shipping through its website for $19.99.

“There are meat alternatives for so many different products, but a common theme with a majority of them is that they require additional preparation or cooking, creating a barrier to entry. With plant-based ready-to-eat cold cuts, anyone anywhere can consume them as is, in ways they already understand,” explains Louie’s.