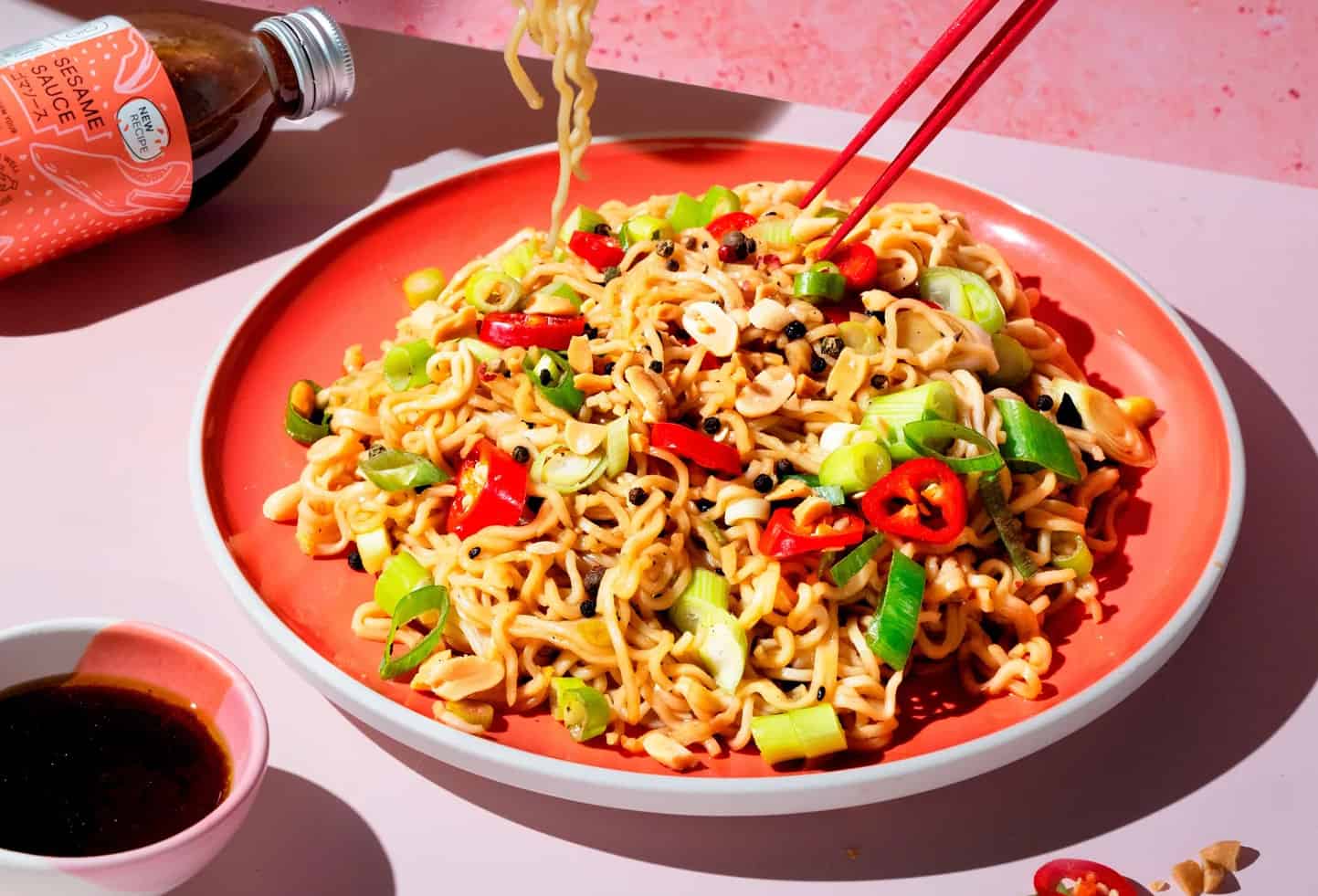 London-based brand Nojo has launched three of its plant-based cooking sauces — Tahini Noodle, Teriyaki, and Sesame — at 114 Co-op stores across the UK.

The Teriyaki sauce has previously proven especially popular — it is the top Amazon’s Choice product in the category and the highest-rated sauce on Ocado. All three sauces are free of gluten, refined sugar, and artificial additives.

Recently, Nojo won the Small Business 100 Award and collaborated with Holy Carrot, a London restaurant that opened last year with the aim of changing perceptions of plant-based food. The company is a certified B-Corp with a focus on sustainability, using entirely recyclable and plastic-free packaging.

Co-op has previously supported other plant-based sauce producers, such as The Vurger Co. — the brand’s Cheezy Vegan Sauce launched at hundreds of Co-op locations earlier this year. The growing number of vegan sauces, dressings, and spreads available reflects the fact that the market is growing rapidly. Globally, it was estimated to be worth $204.3 million in 2020 and is projected to reach $327 million by 2027.

“I’m delighted to see Co-op supporting so many independent brands,” said Nojo founder Simona Deifta. “To see Nojo products hitting the shelves at Co-op means making plant-based eating easier for everyone, and at a more affordable price. We are happy to make this possible whilst staying true to our sustainability principles.”