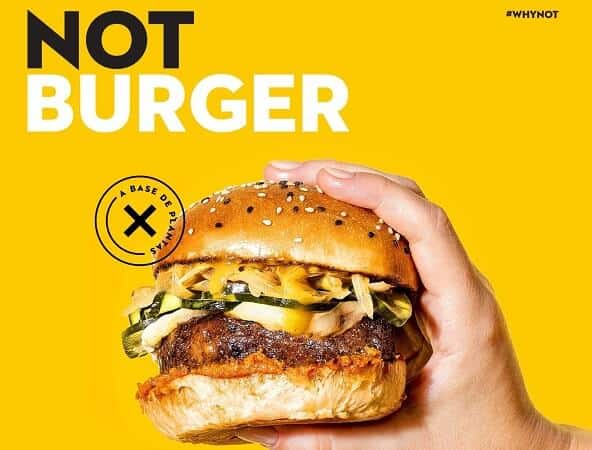 Chilean plant-based unicorn NotCo announces it is bolstering its presence in Canada with the launch of its trademark NotBurger, as the second product to launch in the Canadian market after NotMilk.

“We believe we must completely change the food system”

The Canadian reinforcement follows the company’s success in more than eight countries, most recently Australia,  and comes with the announcement that it focused on expanding its Canadian team for a strong local approach.

NotCo became publicly listed and achieved unicorn status in a Series D last July when it raised $235 million, bringing the company’s valuation to $1.5 billion. In February of this year, NotCo announced a partnership with Kraft Heinz for new co-venture The Kraft Heinz Not Company, which will be based in Chicago.

“We believe we must completely change the food system, and to do so we need to create amazingly delicious products that don’t require consumers to compromise or make sacrifices,” said Matias Muchnick, CEO and Co-Founder of NotCo.

“At NotCo, our goal is to shift the food system away from animal dependency with delicious plant-based options that satisfy everyone’s cravings. We’re thrilled to introduce NotBurger into the Canadian market as part of that mission and offer consumers the flavour and juiciness they’re looking for without compromise.”

NotBurgerTM can be found in the frozen food section of select grocers with a retail price of $3.49 per individual unit or $12.99 for a four-pack. Over the coming two months, NotBurgerTM will be rolling out across Canada in many retailers, including: Loblaw Companies Limited, Walmart, Save on Foods, Sobeys, Georgia Main, Metro Quebec, Calgary Coop, Farm Boy, Thrifty Foods and more.