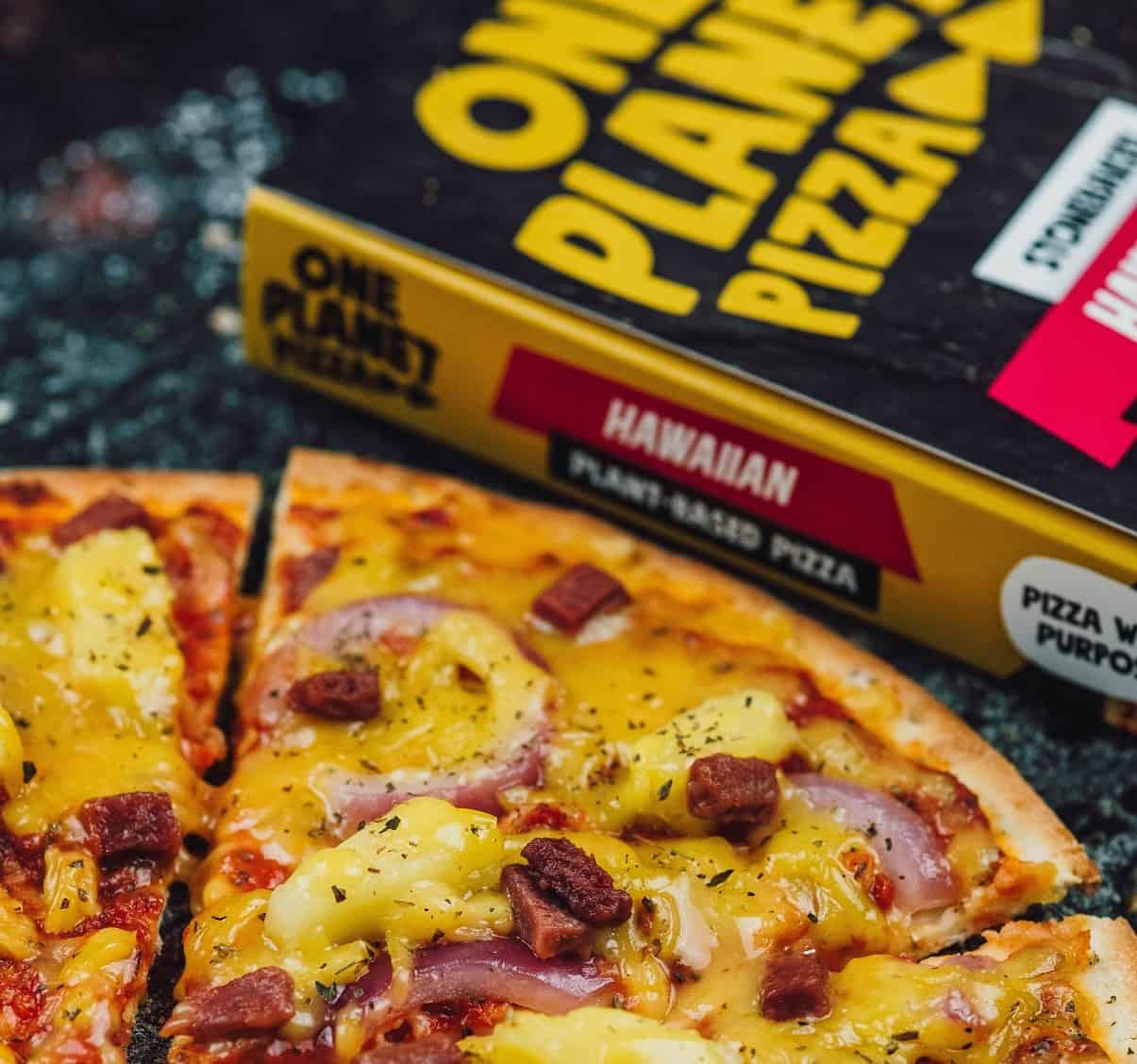 One Planet Pizza announces the launch of a new range of Thin and Crispy pizzas, featuring the UK’s first vegan Hawaiian pizza for retail. The pizza has been created in collaboration with fast-growing alt meat brand THIS, coming topped with THIS™ Bacon Lardons as well as pineapple and Cheezly cheese.

According to OPP, the Thin and Crispy pizzas are topped with 25% more cheeze than leading plant-based pizzas and contain 20% fewer calories and 30% less fat compared to leading non-vegan pizzas. 100% of the brand’s packaging is recyclable, and every pizza sold includes a donation to One Tree Planted.

The range consists of:

Joe Hill, co-founder of One Planet Pizza, says: “Using awesome pizzas to encourage planet-positivity, we’re here to tell you that the future of our food is, and has to be, plant-based. We know that leaving meat and dairy free off your plate is probably the single biggest way to reduce your environmental impact, and we want to show how epic food made in this way can be – all through the power of our Thin and Crispy range.

“We’ve teamed up with some plant-based giants for two new flavours in the range, and we know they’ll soon become your freezer favourites in no time. After all, nothing beats that first cheezy bite into a Thin and Crispy pizza, except perhaps knowing that your slice is having a positive impact on the planet!”

The Thin and Crispy pizzas replace the former thick crust range and are now available at Whole Foods, The Vegan Kind and over 500 UK retailers.