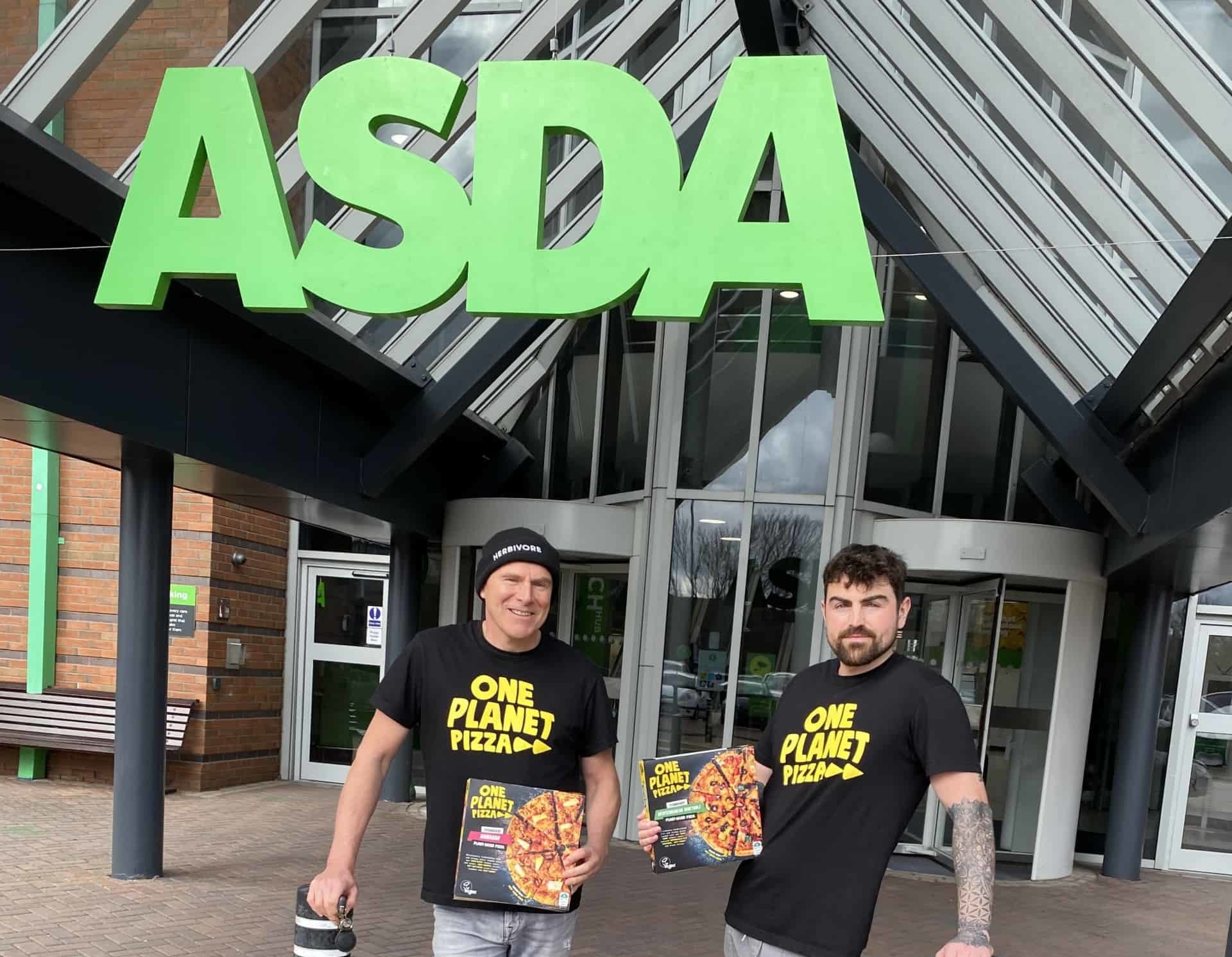 Four of One Planet’s pizzas — Mediterranean Veg, Three Cheeze Margherita, Spicy Peppernomi, and Hawaiian — will be available at 75 Asda stores from tomorrow (April 14th). As part of Asda’s efforts to target flexitarians, the pizzas will be placed on gondola ends to increase visibility.

The pizza brand is the first in the UK to feature on-pack carbon labelling, allowing consumers to gauge the products’ sustainability. For example, the Spicy Peppernomi pizza has a 54% lower carbon footprint than a standard meat pepperoni pizza.

In February, One Planet launched a crowdfunding campaign, raising over 76% of its £200,000 target within the first day. By the end of the first week, the entire target had been met. The brand has been experiencing huge annual growth of 70% over the last three years.

“It’s been one hell of a ride, since we ignited our first pizza oven in the garage in 2016, to the global business we are today,” said Mike Hill, co-founder of One Planet Pizza. “This national Asda listing is exactly what we needed to continue to accelerate the business.”