Oumph! Reveals First Ever Vegan Burger to Replicate the Taste of Human Meat

Swedish alt-meat company Oumph! is celebrating Halloween with an unusual new product. Residents of Stockholm will be invited to sample the first vegan burger to replicate the taste of human meat. Click here to see the video promoting the “scariest plant-based meat EVER!”

“This Halloween, we really want to push some boundaries….”

The special-edition burger is made from soy, mushrooms, wheat protein, plant-based fats, and a secret spice blend. It will be available on October 30 for one night only at Nytorget, Södermalm, Stockholm.

“This Halloween, we really want to push some boundaries to show that we can make plant-based products that resemble any kind of meat. For us, the most human way of having a burger is a plant-based one,” said Henrik Åkerman, Global Brand Leader at Oumph! 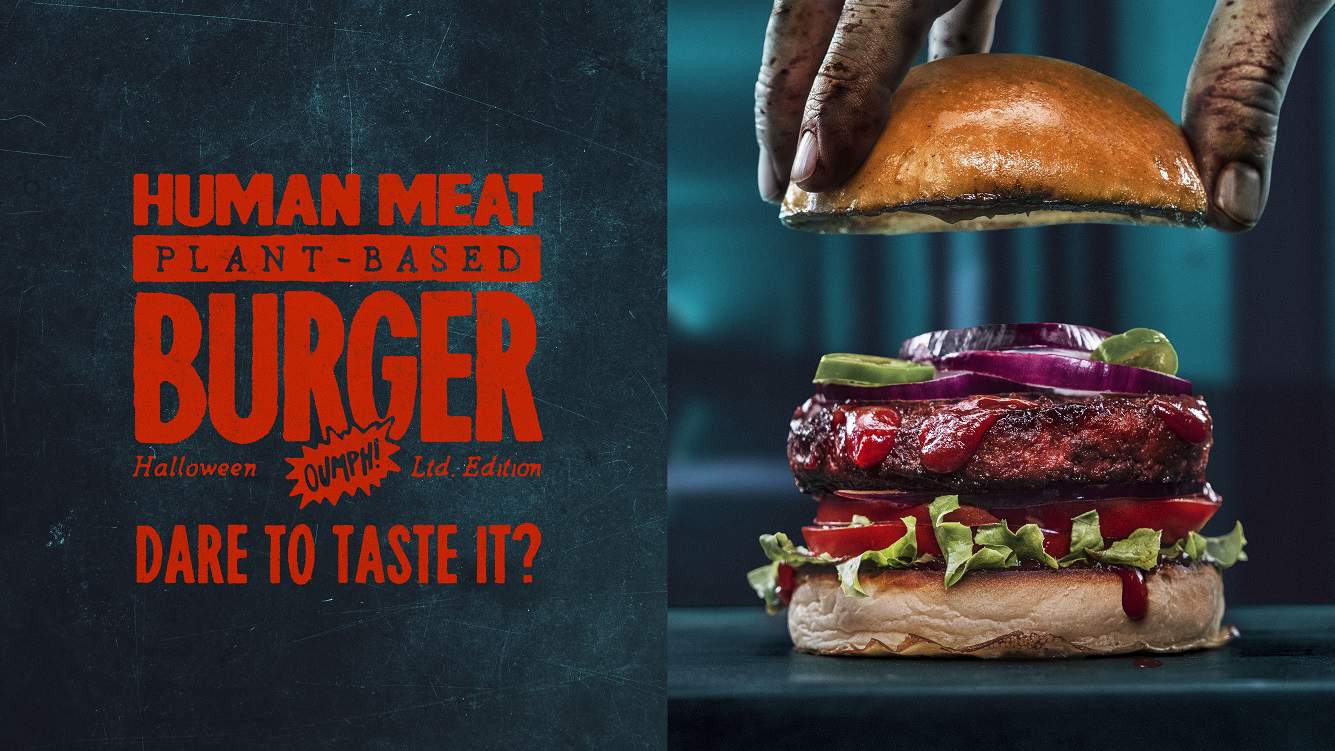 When Oumph! first launched plant-based pulled pork in its home country of Sweden, it was an immediate hit. The company rapidly began to expand across Europe, including into the Netherlands, the UK, and Germany. In 2020, sales in the UK surged by 400%, and earlier this year Oumph! expanded outside Europe for the first time when it launched in Australia.

“Our goal has always been to transform the food systems in a way that the planet can ultimately feed ten billion people by 2050, and the LIVEKINDLY co. work with the same goal in mind,” Oumph! told vegconomist in an interview. “Being a part of the LIVEKINDLY co. will give us the competence and the muscle to go global with both the Oumph! brand and our ambitions for creating a safe space for humanity.”