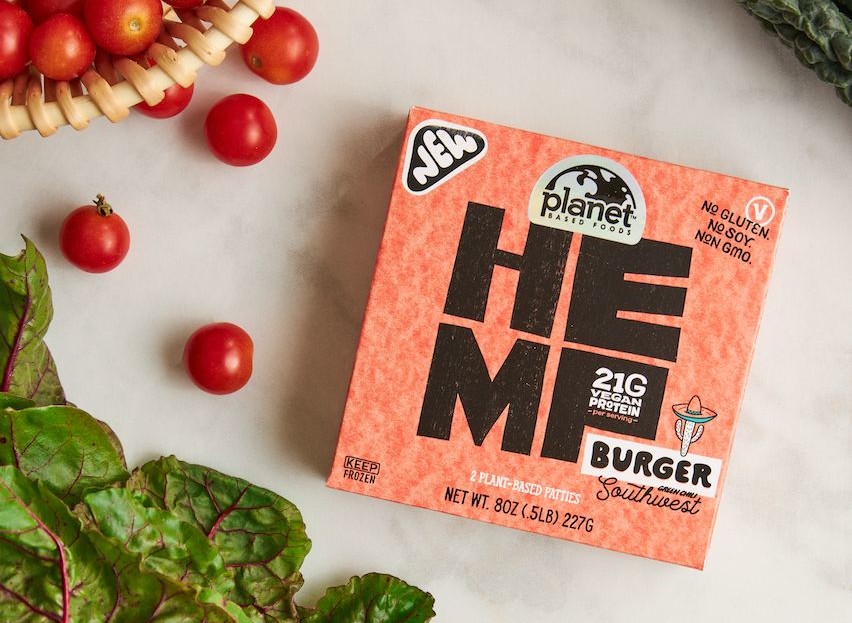 The expansion will bring the brand’s Original Hemp Burger and Green Chili Southwest Burger to 26 stores in Northern California, the California Central Coast, Oregon and Washington. Shoppers at both chains can now find the burgers in the stores’ frozen foods aisles.

Made with hemp as the first ingredient, the company’s novel burgers provide up to 21 grams of plant protein, six grams of fiber and balanced omega 3-6-9 fats without any soy, gluten or GMOs. To create its products, Planet Based Foods blends hemp with ingredients such as brown rice and pea protein to maximize the nutrient and fiber content with zero waste.

The company says it perfected the taste and texture of its burgers by conducting tests with real diners at Stout Burgers & Beers restaurants in Southern California.

Planet Based first launched its innovative range of hemp-based burgers and sausages in January 2022. Within several months, the company signed on with major North American distributor KeHe, launched on Amazon, and rolled out plant-based taquitos as its first snack food product. According to the founders, its hemp protein base required six years of dedicated research and development.

“New Seasons Market and New Leaf Community Market shoppers prioritize products that are good for people and the planet, and our hemp-based burgers will be compelling to customers looking for tasty plant-based options that meet a higher nutritional and environmental standard,” said Braelyn Davis, CEO and co-founder, Planet Based Foods.

He added, “We’re on a mission to establish hemp as a nutrient-dense protein source that is fit to weather the impacts of climate change and feed the planet for generations to come, so entering the grocery channel and meeting shoppers where they already are is a vital milestone.”