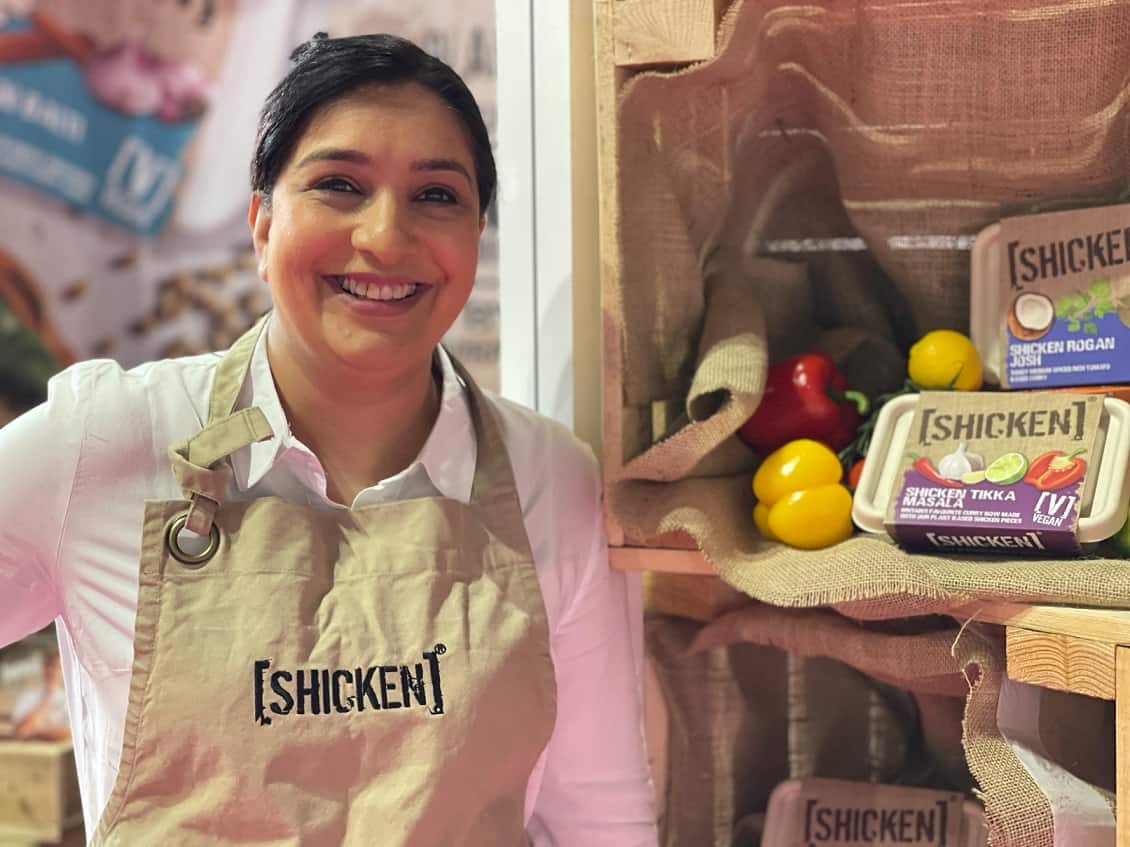 Plant Alternative’s range of authentic Asian dishes caught the attention of Vegan investor Matthew Glover last year, who was “blown away” by their quality, resulting in an investment from his VC firm Veg Capital which helped propel the brand’s success.

Founder Satvinder Bains spent two years developing [SHICKEN] curries with a team of chefs to ensure that while using only plant-based ingredients there would be no compromise on taste. The final recipes, combining marinated and flame grilled [SHICKEN] vegan pieces and hand-crafted Indian sauces, resulted in the closest vegan match to some of the most popular chicken dishes from UK Asian restaurant cuisine.

The product rolling out into Costco this month is [SHICKEN] Tikka Kebab Skewers which consists of ten vegan chicken skewers marinated in a secret tikka spice mix marinade, now available at Costco from January with an RRP of £9.99.

She adds, “[SHICKEN] is for vegans, vegetarians, flexitarians and meat-eaters – our products are suitable for everyone who loves Indian food. We guarantee the taste will blow you away. Not literally, mild spice only for this one!”

A “viable alternative” to some of Britain’s most popular dishes

Says Matthew Glover: “Authentic Indian ready meals have historically been hard to find but with Plant Alternative we knew we could trust them to come up with the goods! Now there’s a viable plant-based alternative to help unlock some of Britain’s favourite meals – making them better for the planet.”

Working with carbon-neutral delivery partners, Plant Alternative also operates  DTC service, delivering [SHICKEN] vegan chicken restaurant meals across the UK. Prices range from £1.99 for a Flame Baked Naan to £55 for a meal bundle for six people with free delivery for orders over £50.