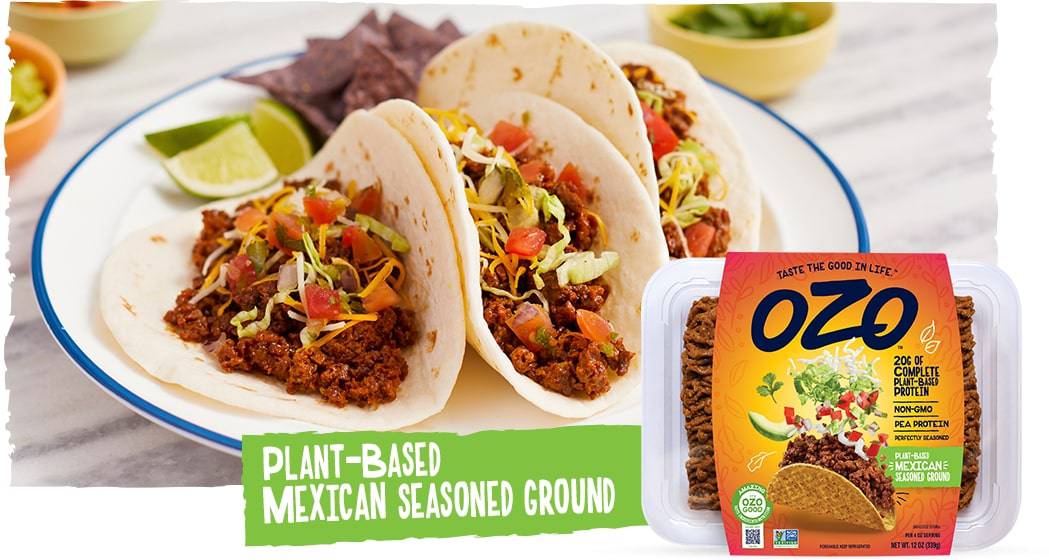 Planterra Foods – owned by JBS USA, one of the world’s most controversial food companies – has announced a supply agreement with UNFI, the largest publicly traded grocery distributor in North America. The deal with UNFI Canada will put Planterra’s OZO product line in more than 200 retail locations in the Canadian market in June, with a retail launch into Mexico planned for July.

UNFI is the largest publicly traded wholesale distributor of health and specialty food in the United States and Canada and counts itself as Whole Foods Market‘s main supplier. Through the partnership with UNFI Canada, Planterra aims to increase the market for its plant-based burgers, ground, and Mexican Seasoned ground beef products.

Colorado-based Planterra Foods launched the OZO range in 2020, which features a proprietary blend of pea and rice protein fermented by shiitake mushrooms. JBS USA is Planterra’s parent company and is the largest animal meat processor in the world, and is often mired in scandal.

In addition to this Canadian expansion, Planterra Foods has also grown its international presence this year in the Food Service channel for both the Baja and Yucatán peninsulas of Mexico while a retail launch is planned for July.

Planterra is far from the only brand owned by global meat producers to be expanding its plant-based operations. Raised & Rooted, the plant-based brand produced by Tyson Foods has recently expanded its range, and Cargill CEO David MacLennan has spoken of the “cannibalization” of protein by the plant-based sector.

“With such a rapid-changing category, Planterra Foods is engaging like-minded partners to operate with speed and flexibility. This relationship with UNFI Canada is an exciting step in Planterra Food’s retail expansion efforts, driving our growing presence in retail and feeding our mission to bring plant-based proteins mainstream by increasing access and encouraging a flexitarian lifestyle” commented Darcey Macken, CEO of Planterra Foods.